Eco-Runner Team Delft is the Delft University of Technology student team dedicated to designing and building the world’s most efficient hydrogen-powered city car. In August 2020, a new team started building a completely new hydrogen city car. For the development of the hydrogen car, the cooperation with Eurocircuits continued this year and they helped the team with several electronic parts for the Eco-Runner XI.

After seven months of hard work, the team has reached the final stage of the production process and the new hydrogen city car is ready. It has a completely new implemented cruise control system and a decrease of 40% in air resistance and 30% in weight compared to last year’s city car. A result to be proud of. With this brand new hydrogen-powered city car, the team will compete against two other student teams in the ‘Hydrogen Efficiency Challenge’ on 11 June: HAN Hydromotive and Green Team Twente. The goal of this competition is to become the most efficient hydrogen-powered city car. In addition to the Hydrogen Efficiency Challenge, testing and optimisation of the Eco-Runner XI will continue throughout the rest of this year. Finally, in July a record attempt will be made to close the year in a grand, but safe way.

Eurocircuits made the PCBs for the supercapacitors, safety system, sensor data processing and the steering wheel. On the handlebar we find the cruise control system, gps and display. All this contributes to a safe, comfortable and economical ride. 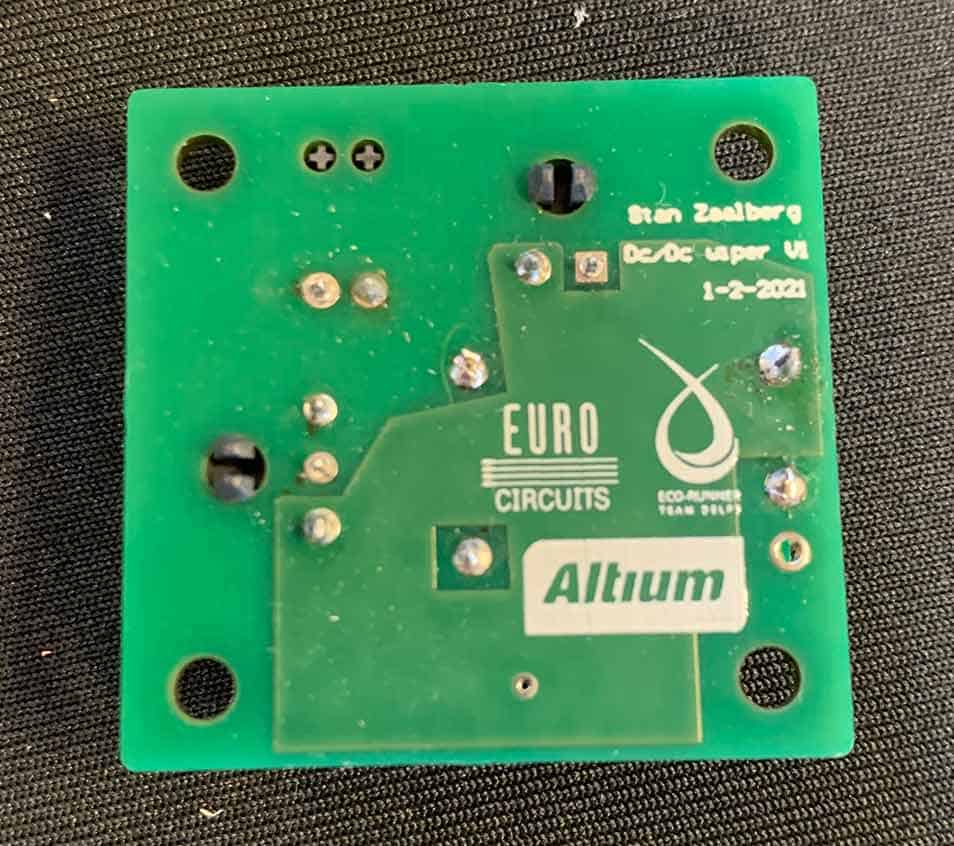 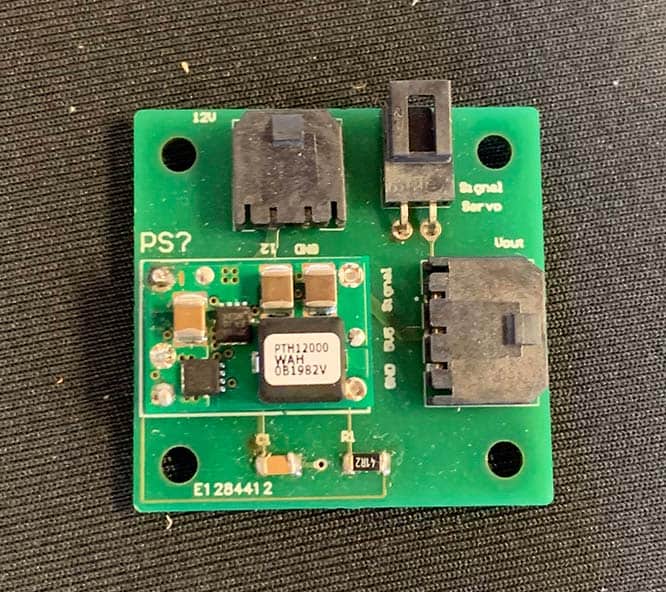 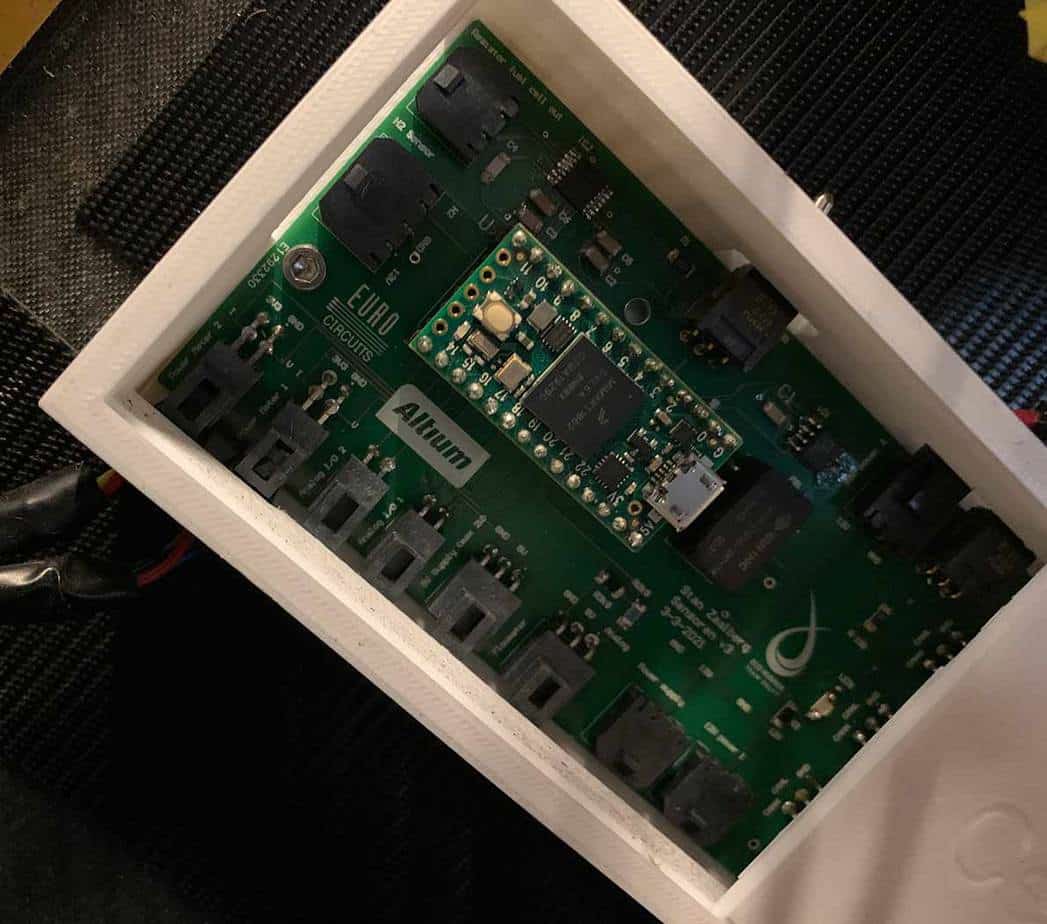 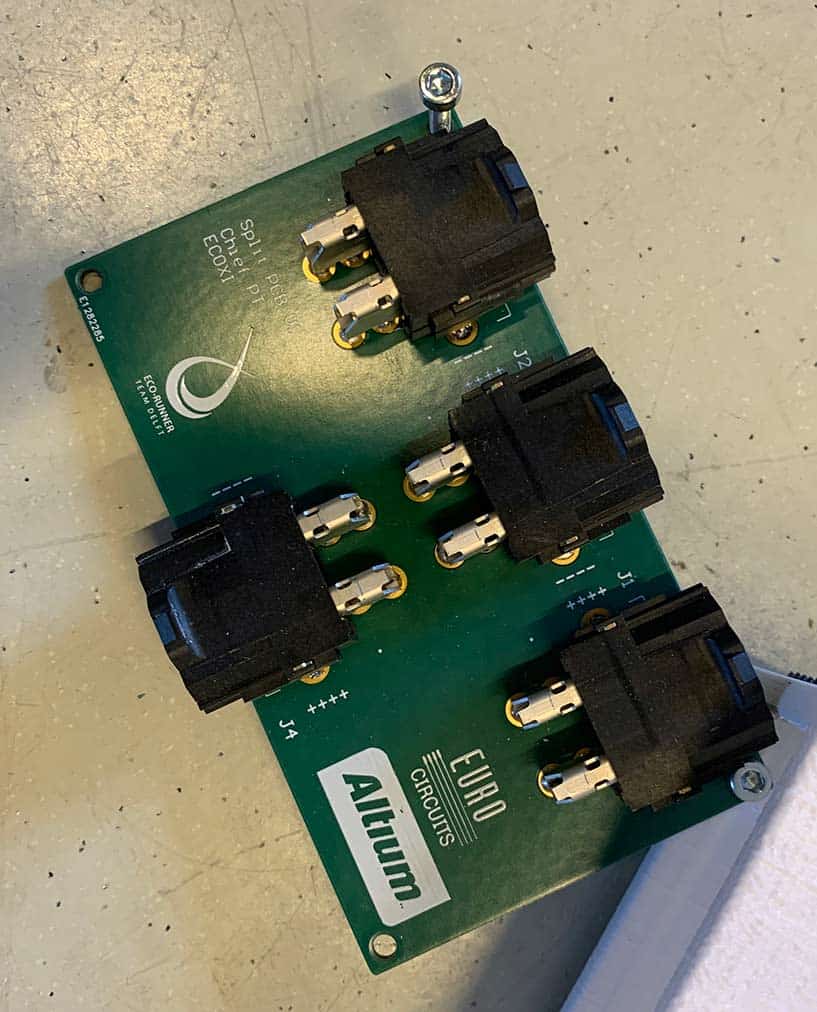 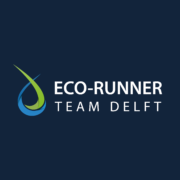