We have come a long way, the simple website we launched to let customers calculate and order the PCBs online has grown into a complete ERP system now. But the initial philosophy to create one unique platform where all information is available to both customers as internal staff remains the same even now. This post is an attempt to give you a glimpse of evolution of the website. 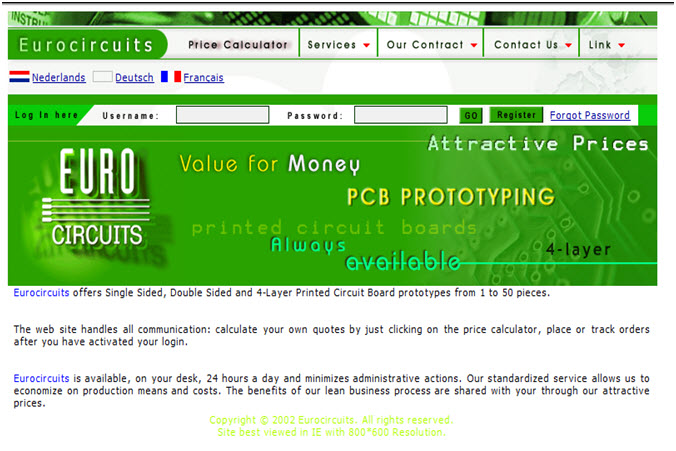 The home page in year 2002 when we first officially launched the service. 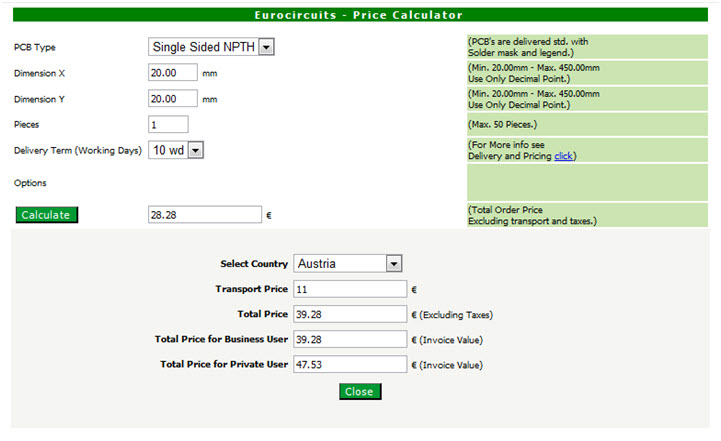 The price calculator in year 2002. This first version included flow management for orders already, but was limited to only simple pooling orders. 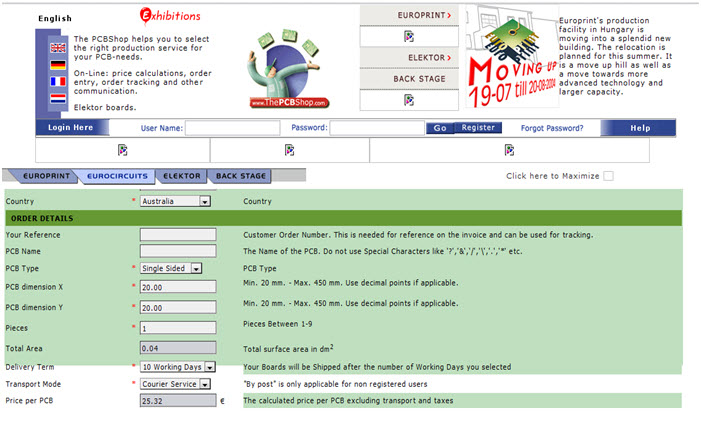 The home page in year 2004, in this year we have done a major change in terms of technology we used, the entire system was recreated from ground up. The requirements to extend the offer of Eurocircuits could not be incorporated in the original version anymore

During the years 2005 to 2008, the customer site as well as the internal administrative interface was continuously changed and improved. New software tools became available that offered more convenience for customers to place and track their orders. More functionality was built in the background so that all administrative and commercial tasks were transferred from external systems to the online system. 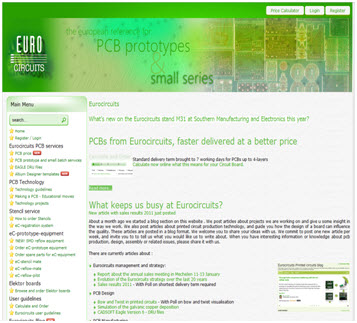 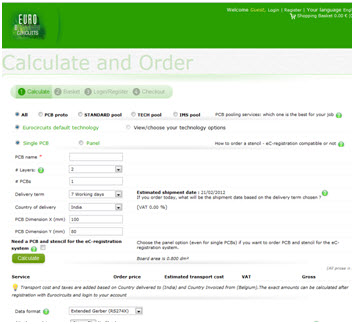 What you see now is the website version we have been working on since beginning of year 2009 and eventually launched it on May 2010. It was built again from ground up with major user interface improvements for both customers as well as for our internal staff. Since 2011 there are two systems in place,

And we continue to develop. All remarks and suggestions from customers and Eurocircuits staff are evaluated and new requirements are coming daily. Keeping up with the expectations of more than 6500 customers and 400 staff members remains a challenge for the software team every day.