University Racing Eindhoven (URE) is a student team from Eindhoven University of Technology. With a group of 60 students, we participate in the Formula Student competition, which is the biggest design competition for students all over the world.

URE has been taking part in this competition since its foundation in 2003, meaning that we already had quite some iterations on our cars where we started out with combustion cars, but quickly made the step to electric vehicles in 2008.

Over the last few years, URE has taken on the new challenge of Autonomous Racing. The teams latest challenger, the URE15, is the second car with a convertible concept. This means that it can participate in both the Electric and Driverless competitions, brining a new set of challenges for the team.

A though year/a non-standard year

Last year, the team started with a new and enthusiastic team. Unfortunately, in the beginning of 2020, the COVID-19 virus hit the Netherlands which caused quite some delay in the production of that year’s car. Besides this, it was announced that all competitions were cancelled for that season.

Initially, this was a big blow for the team. However, with unexpected situations, opportunities arise as well. We kept working hard on the car and at the end of the year, there was a car which was not finished yet, however it would feature a lot of new systems which were not validated yet. The decision was made to finish the car in the upcoming year, making it a 2-year project. This whilst still developing a good set of upgrades in the drivetrain and powertrain departments. Furthermore, the focus was put on validating and testing, to extract the maximum amount of performance from the car on the competition in 2021.

As the URE15 has a convertible concept, it can participate in both Electric- as well as Driverless competitions. We do this by converting the car between both modes by removing the front-and rear wing, and attaching a set of sensors, a computer, and some actuators. This, in combination with thousands of lines of code, makes the car able to race the track on its own.

Because the driverless systems are so complex, the team had its focus last year on reliability. Getting the car to drive consistently and making sure all systems work perfectly with each other. This year, we can push the car to a higher performance level for the first time.

Of course, the electronics in the car are crucial for all systems to work together. Eurocircuits helps us with this by producing PCB’s which we use in our car. An example of this, which we revised this year, is the PCB used by our emergency brake system. 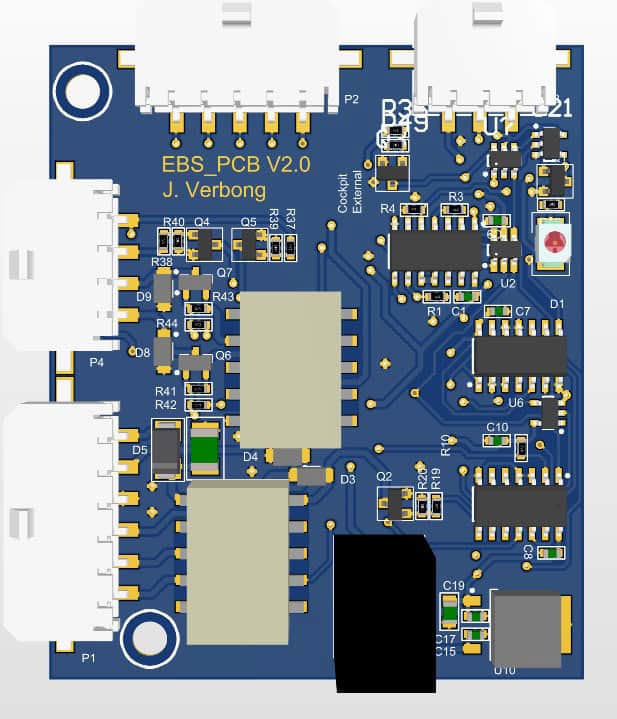 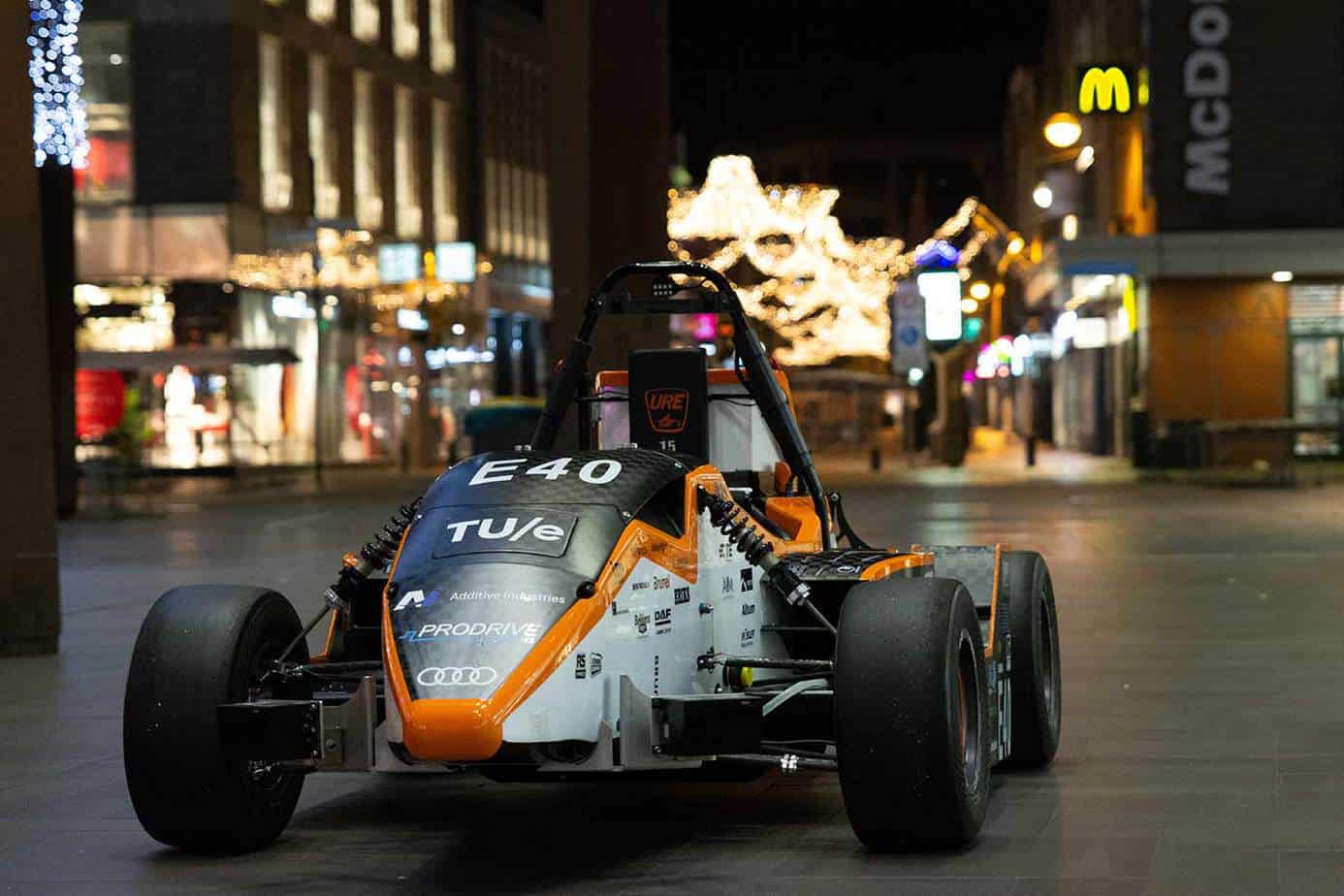 This year, the team will already look ahead and start the concept research for the next car. The rules in the formula student competition will change in a way where it is needed to drive with- and without driver on the same competition site. The car should be able to ‘convert’ from EV to DV with not much more than a flip of a switch.

This means that all driverless systems will need to be permanently integrated within the car. This gives a new challenge to all departments since every aspect of the car will need to adapt.
URE will be looking forward to this challenge and making sure to show up with a competitive Electric-Autonomous URE16 in 2022.

We have had a very busy summer already, participating in competitions. The team’s first stop was the TT circuit in Assen (4-8 July) followed by a virtual event from Formula Student Switzerland (14-18 July). Our final stop was the Circuit de Catalunya with our Driverless car from the 2nd until the 8th of August.

For more information about the team, visit universityracing, or follow us on our Socials!