The new challenge was to develop an e-assisted HPV that would appeal to a larger public for daily commuting, urban traffic, shopping and family excursions.

Developed by Steffen Schönfelder from Velomo during the winter 2018-2019. It is a quad-chassis with suspension on all 4 wheels 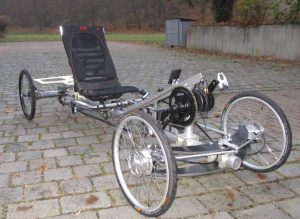 The CAD design was made by Sass Tivadar Viktor from DesignDonum Studio in Budapest.

We started the design all over again but this time, not based on our experience with the eCvelo Challenger.  It was a much longer than expected exercise with lots of iterations.

Here are some of the idea’s that passed by :

November 2018 – we are getting closer – CAD drawings of the structure are proposed. 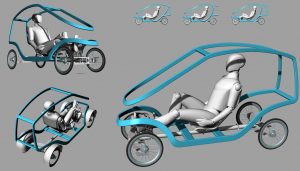 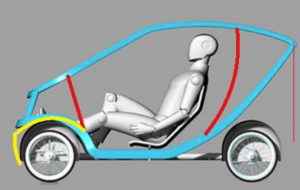 And finally we agreed about a concept

We want to present a mock-up of our concept to the public by the end of April at the SPEZI special bike show in Germersheim on April 27 and 28.

On April 15 Steffen arrived with the chassis in Hungary and the rest of the parts are prepared in the Eurocircuits workshop in Eger.

There is still a lot of work to do and only a few days left.

This mockup , made of plywood, was shown and tested on SPEZI 2019 in Germersheim

We received lots of useful feedback during the SPEZI exhibition last April.  That means we went back to the drawing table and tried to incorporate these ideas.

The shell-parts are already under construction. By the end of August we assemble our first Quadvelo prototype. 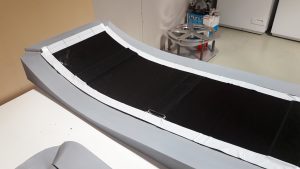 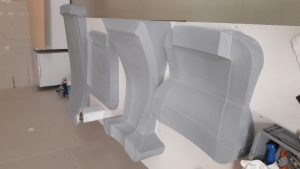