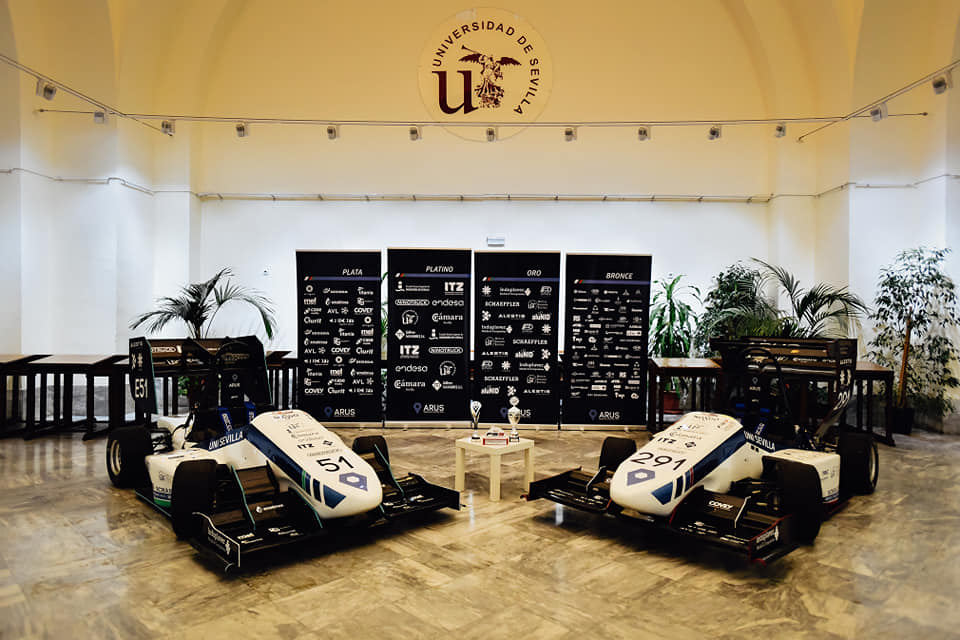 ARUS is the formula student team of the University of Seville.

For the past six years, the team has been involved in Formula Student, an engineering competition based in the design and manufacturing of Formula style race cars.

ARUS has developed six internal combustion cars, but the team took a quality step forward in 2018, when the first electric car of the team was born.

Since that day, ARUS became in the first team in Spain developping two different cars at the same time in the same season.

Due to that reason, the Electronics Department became one of the most important departments of the team, since the rules for electrical security are quite severe.

This is even more true taking into account that all electronic systems (except of the ECU and the IMD) in both cars are self-developed.

This giant and difficult task could not be achieved without the help of Eurocircuits.

The PCBs provided by Eurocircuits control the High Voltage Accumulator Security, the commanded torque, the information given to the driver and to the race engineer, the TSAL and the Low Voltage Distribution:

The AMS, probably the most important PCB in the car. It controls the voltage level and temperature of every battery cell. If one of the more than two hundred cells that form the accumulator is working in undesirable conditions, the AMS stops the car.

This system is structured as a Master-Slave system, so the number of PCBs involved in this is high. For all these reasons, reliability and quality are of the utmost importance for the PCBs, and Eurocircuits guarantees them all. 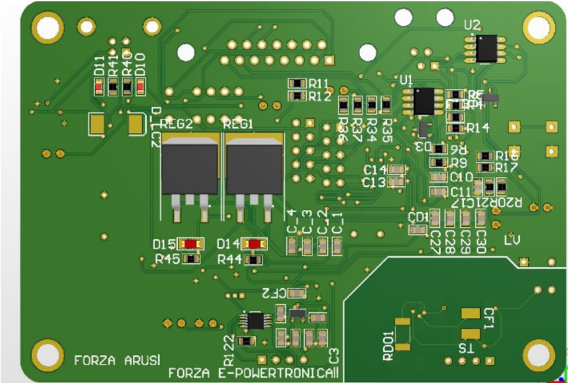 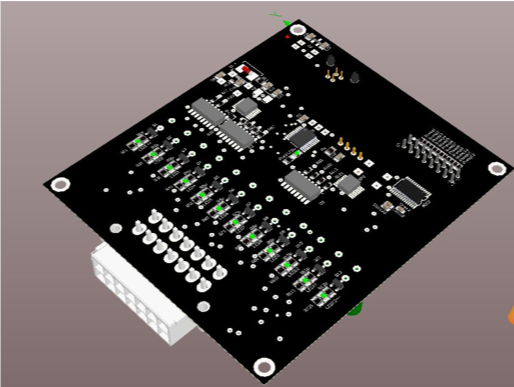 This system is responsible for informing everybody around the car wether it is energised or not. Due to that, the safety of the Team Members working on the car and of the driver depend on the TSAL.

For complying with the rules, this PCB has to be what is called “hard electronics”, or in other words, non-programmable electronics.

This is why the routing of this PCB was very hard and tolerances between pads, tracks and vias are vital.

Again, ARUS would  not be able to develop this system without the help of Eurocircuits, who gives the highest quality adapted to the requirements of each design. 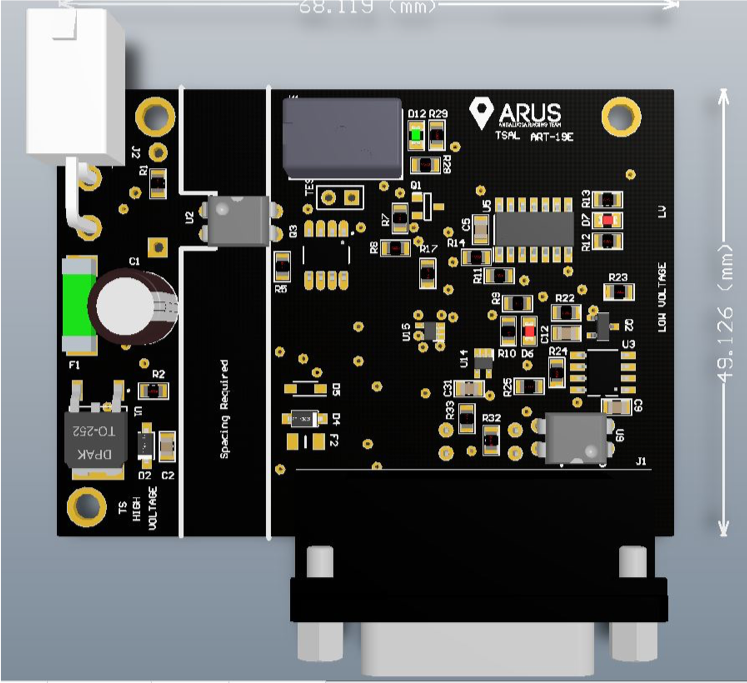 With the two above examples it is easy to see that Eurocircuits can make every design, no matter its specifications or special necessities.

In a Formula Student team, every inch has a countless value, and the rules are very strict, so the highest security has to be achieved with a minimum of space.

The TSAL and the AMS are only two examples of the more than 15 different designs that Eurocircuits manufactures for ARUS.