When building a rocket like the Stratos IV rocket, the first thing you want to be sure of is that the rocket can be terminated when if it is going the wrong way.

Therefor we made the Stratos IV FTS, Flight Termination System. The basic working of the system is as follows, a signal is transmitted from the ground, the rocket reads signals and decodes them. From the information gathered, the flight computer determines whether it should terminate the rocket’s flight.

The last thing we want to happen is to have the rocket’s trajectory going outside of our ‘Safe to fly zone’. This is why the FTS is included in our rocket.

The second last thing we want to happen however, is to end the flight while the trajectory is perfect. Therefor the system must be highly reliable, even the smallest mistake could mean that the flight is terminated, or worse, that it is not terminated when it needs to be.

In order to ensure this reliability, the system is rigorously tested, for example it undergoes a vibration test prior to launch in order to verify that the system can handle the loads encountered during launch.

The pictures below show the flight termination system.

The picture on the top shows the board itself, this is the heart of the system. Together with the data receiver and multiple sensors, this board makes the decision to terminate the flight or not.

As you can see, the system is integrated in a stack of PCB’s to ensure proper power delivery and communication to the rest of the rocket.

The whole system uses hardware only for the critical signal paths, meaning that for the part that decodes the signals and interprets the state are done solely in hardware. This eliminates the risk of software failure and puts a lot more trust in the design and the hardware itself.

After the testing campaign was conducted it was apparent that the system works as designed and therefore it will fly in the Stratos IV rocket this summer, ensuring a safe flight for all. 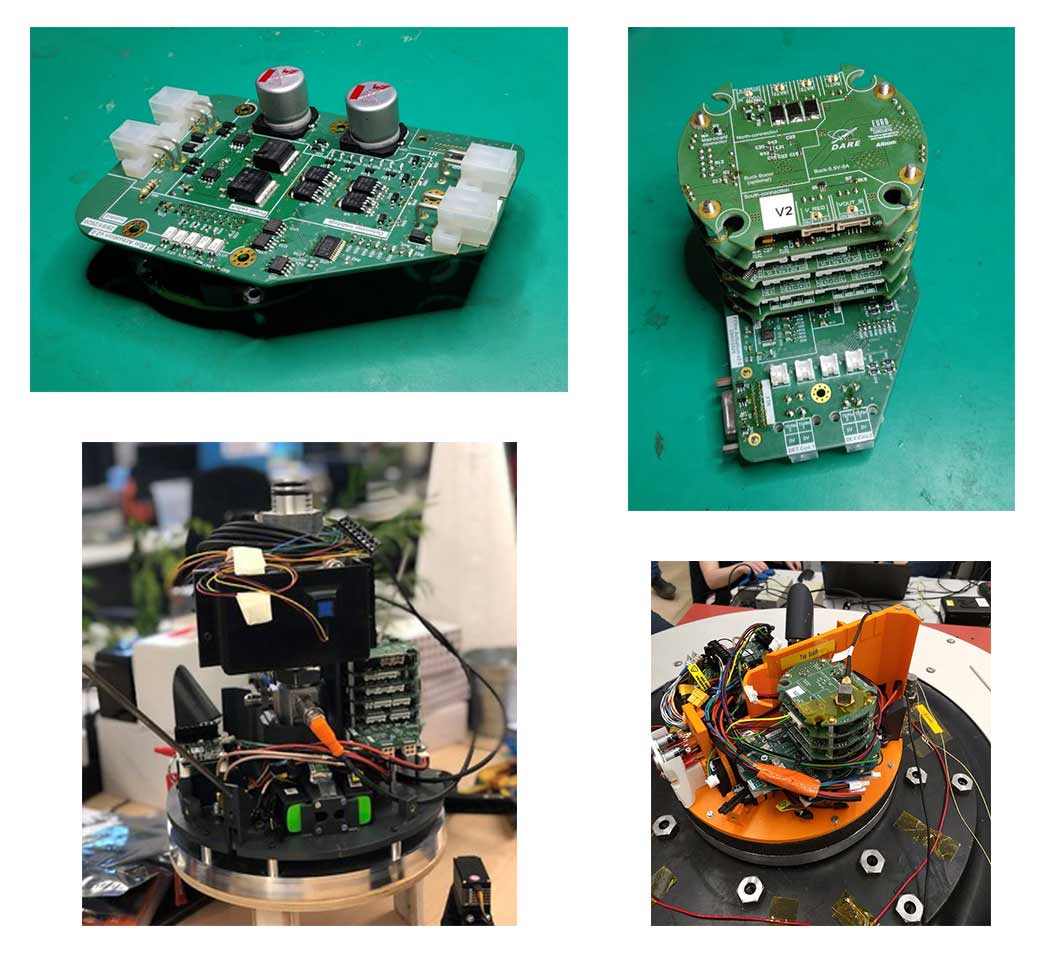 We would like to thank Eurocircuits for their continued support in this project and the quality of their boards and service overall.