In an electric Formula Student car, like the one of our team (Formula Electric Belgium), the power supply is a large lithium-ion battery made from 144 battery cells in series and 2 in parallel. This battery runs at a voltage between 500V and 600V, weighs about 50kg and contains 6.9 kWh of electric energy. 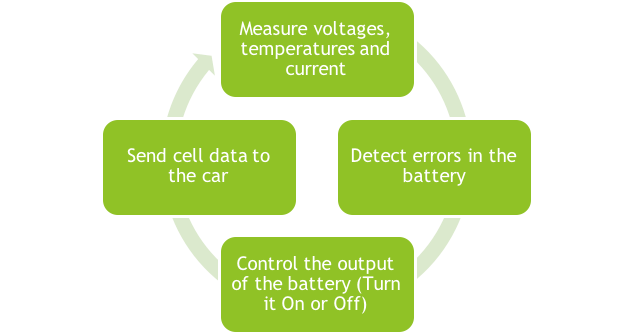 This is where the battery management system (BMS) comes in. This system measures every cell temperature, cell voltage and the total current and then decides whether the battery can stay active or not. When the battery reaches one of its limits, the BMS shuts down the battery, causing the car to come to a stop.

The battery management system also uses its data to inform the user of the status of the battery. And it sends data to the Electronic Control Unit (ECU) of the car, so that it can act upon potential problems inside the battery, e.g. reducing the power of the car when the battery is almost empty.

The battery management system of Umicore Pulse (latest electric race car), uses a master-slave topology. The slaves measure the voltages, temperatures and total current and send the results to the master. The master then decides upon this data whether the battery can be active. 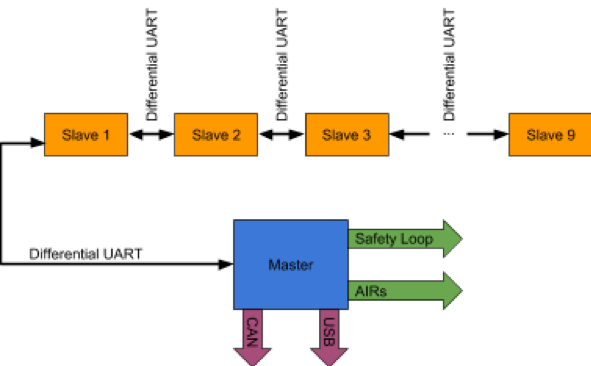 In the battery of Umicore pulse there are 9 slaves, each measuring one module. A module is a separate battery segment of 67V that can be disconnected so that it is safe to work on the battery. The electronics of the slaves are built on a printed circuit board that also connect the separate battery cells together, resulting in module that only needs a connection for communication. 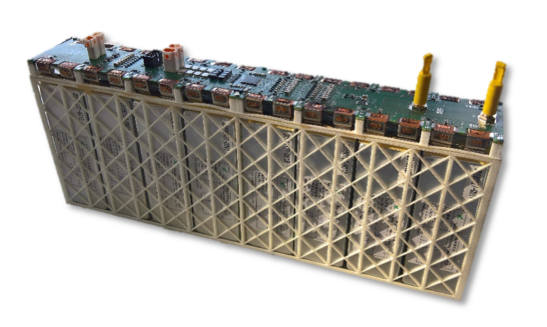 All the modules (and their slaves) are daisy chained together and connected to the master PCB. Apart from deciding whether the battery can be active or not, the master also communicates the status of the battery to the rest of the car through CAN messages. And the master can also send the data to a pc through USB. 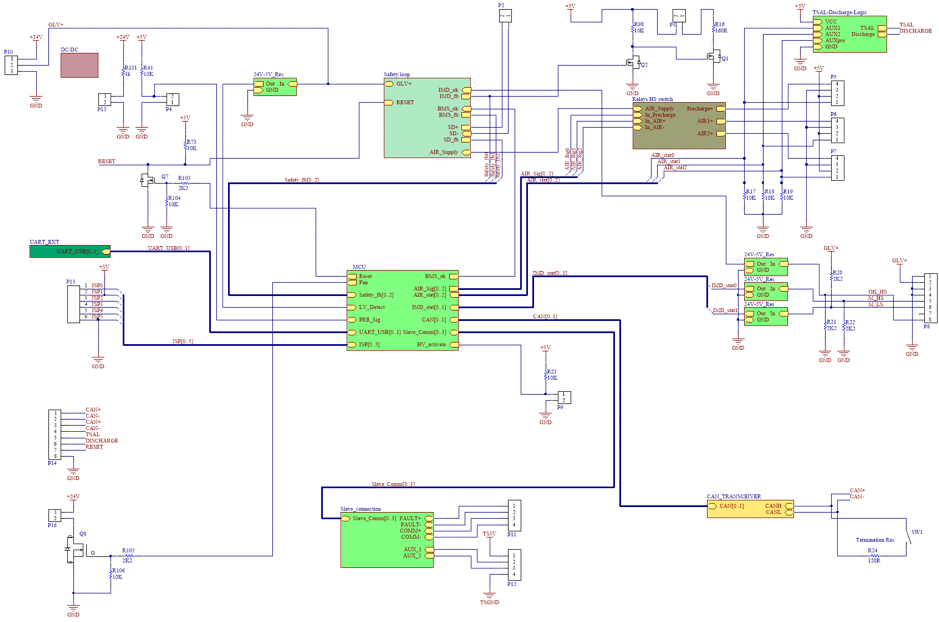 Another very important safety device that is directly connected to the master is the insulation monitoring device (IMD). This device monitors the isolation resistance between the high voltage battery and the low voltage part of the car (which is connected to the chassis). When the resistance becomes to small the IMD immediately opens the safety loop, so that the battery is turned off. In this way, it is made sure that no electric chocks are possible when touching the car. 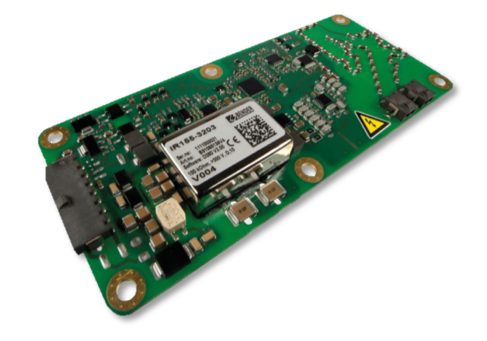 The printed circuit board of the master is made in the same dimensions of the IMD, so that they can be stacked on top of each other, to keep everything as compact as possible. This made for a big challenge to get all electronics parts of the master placed. The master PCB is also one of the few PCBs where high voltage and low voltage are present on the same board. This requires a separation according to the rules, and a galvanic separation one the communication lines from the high voltage side to the low voltage side. 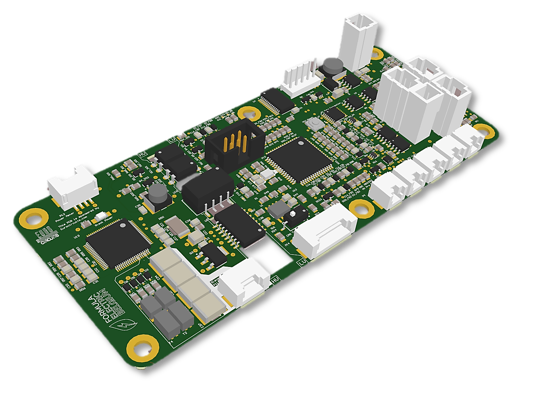 On the master there is also an extra stripped-down slave circuit installed, like those of the actual slave systems on the modules. This stripped-down slave system delivers some advantages regarding the communication between the master and the slave modules. But it is also used to measure the total current of the battery, and the total voltage. A connection is made to a small separate pcb where a resistor divider and a current clamp can be found. In this way the power of the car can be monitored, and with this information the ECU can drive the car in such a way that the regulated power limit of 80kW never gets passed. 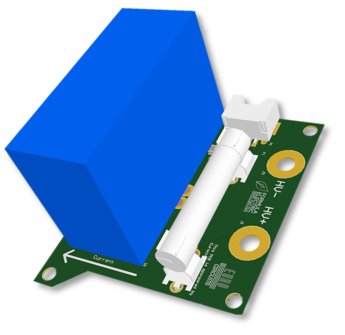 In an electric Formula Student car, safety is a big concern. Not only the lithium battery has to be managed, but also the high voltages need to be controlled so that the car can be operated safely. Thanks to the support of Euroxircuits we have all the resources we need to build these safety systems, and make sure that the user of the car can operate it without risk. Thanks to the great quality of PCBs, the technical inspection of the car went smoothly, and we were able to build a very reliable car.