The HAN Solarboat team builds and develops a boat that is powered by solar energy. The team is formed by students from the HAN University of Applied Sciences, together with professionals from development firm Qconcepts. With our HAN Solarboat we participate in different races and competitions. Last year we came in third during the Monaco Energy Boat Challenge, which granted us a podium spot. Some races that we have planned for the coming period are: The Ultimate Solar Boat Challenge in June 2022, during this race we are expected to travel the full length of the Elfstedentocht in Friesland in a period of three days. On top of that we want to compete in the NK Zonnebootrace and the next Monaco Energy Boat Challenge. We do not want to compete in a race with the aim of simply participating, but we always strive for the top spot on the podium.

We are continuously updating the boat to improve reliability and to get to the forefront in the competitive racing scene. We are currently working on several projects that require Printed Circuit Boards (PCBs), one of these projects is creating a multifunctional communication system. That is why we are very happy to partner with Eurocircuits because they allow us to create custom made PCBs that are the perfect fit for our projects.

The HAN Solarboat has a lot of internal systems like a Bluetooth module and hydrofoil & flyheight sensors. These systems communicate with each other via a communication network called the CAN-bus. Most of these systems also send other interesting information to the CAN-bus, for example the state of the battery. During a race it is crucial to know the state of the battery. Based on this information, the shore team will be able to create a strategy that will get us the best race results. We decided that we wanted to create our own CAN-bus to Bluetooth conversion module with accompanying smartphone app. The reason we made this decision is because we want to be able to make spares and ot use the module in other boats. 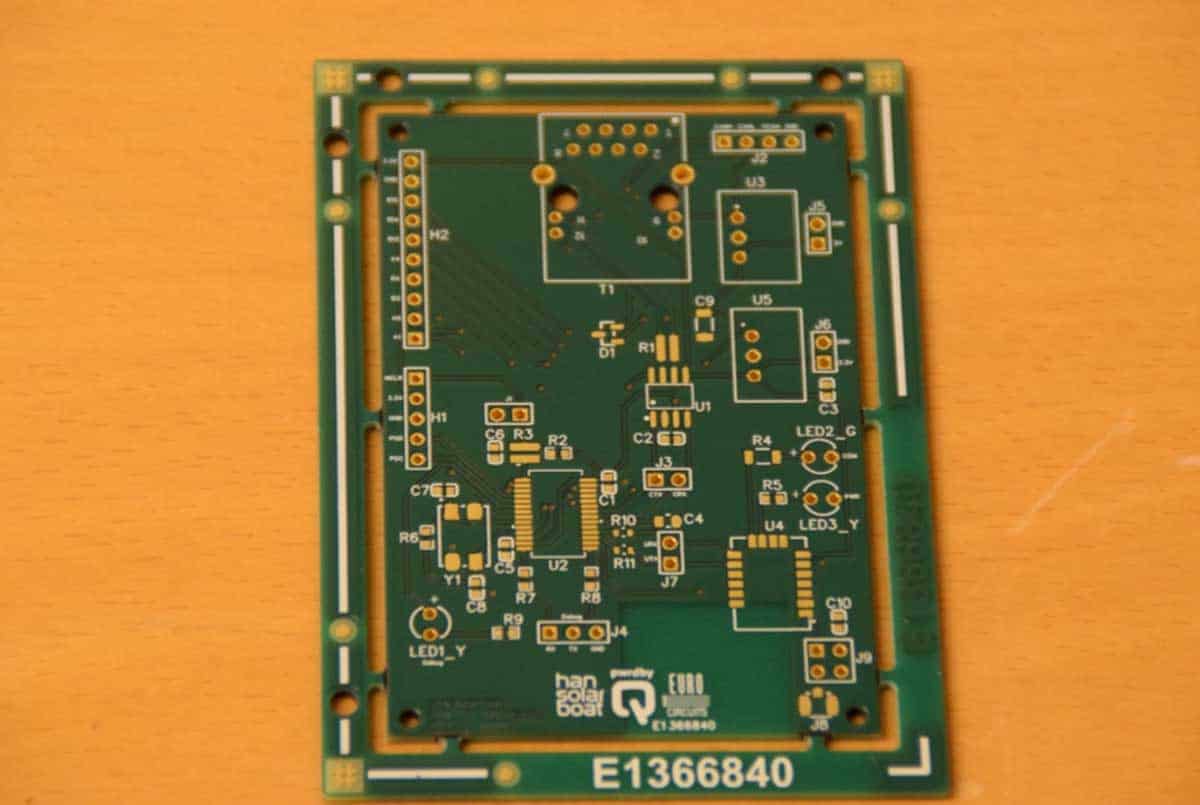 Our goal is to expand the functionality of the original module. Instead of only sending data to the pilot’s smartphone, we would like to develop a user interface on which the pilot can also configure certain systems inside the boat from his smartphone. One example of this is being able to see the battery percentage. This means our version of the module should also be able to receive Bluetooth messages and convert them to CAN-bus messages. We already created our own version of the smartphone app. Now it was time to design the PCB of the CAN-bus to Bluetooth interface module.

One challenge was the availability of parts during the current chip shortage. Some of the parts on the original module were no longer available and we had to find equivalent, future proof parts. We also took this opportunity to upgrade the Bluetooth protocol to Bluetooth Low Energy, which reduces the modules power consumption.

Eurocircuits has provided a great guide for Printed Circuit Board (PCB) design with all the technical information needed to design a PCB in the price class that suits us. When the PCB design was finished, it was time to send it to Eurocircuits for manufacturing. This was very easy, as we could simply upload the gerber files and the program configured itself. When we receive the PCB, we can start reflowing it with the equipment that our partner Qconcepts has made available to us. Eurocircuits has provided us with an amazing solution to the PCB required developments that we are working on. We would like to thank Eurocircuits for their amazing help and support so far and are looking forward to a longstanding partnership ahead. 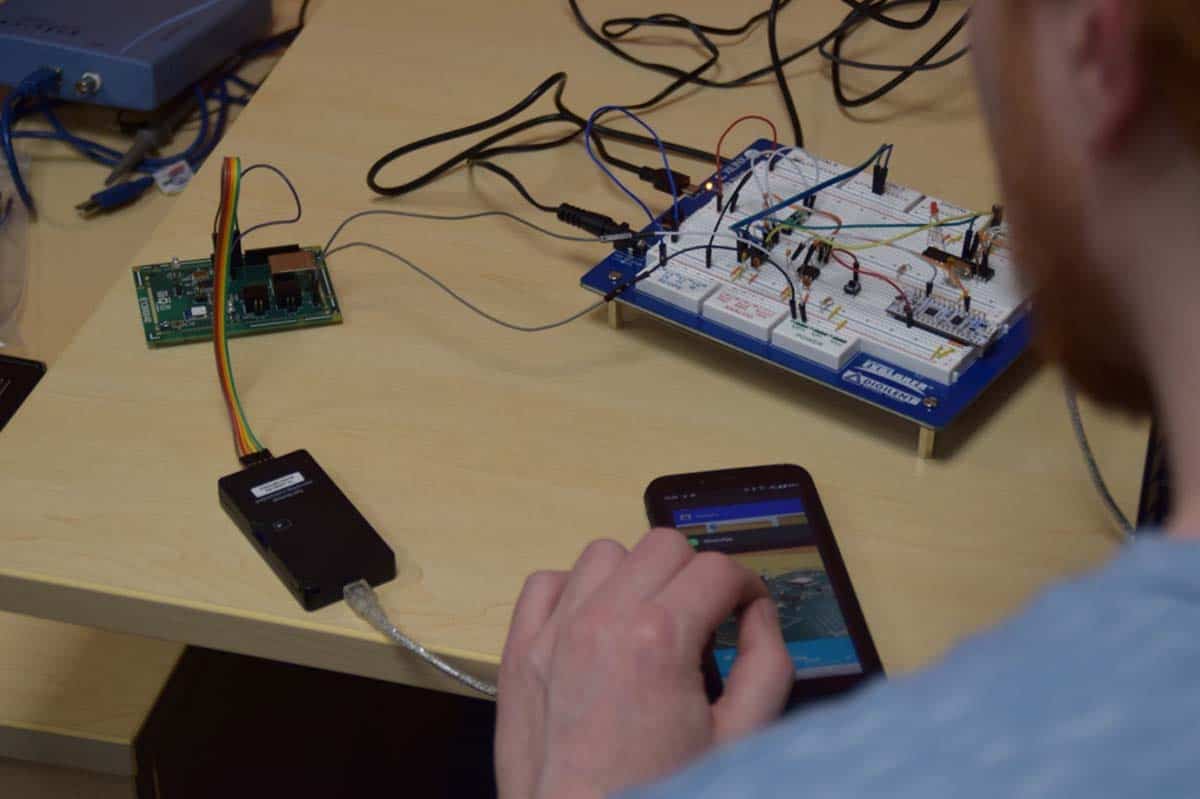