DARE, a student rocketry society from TU Delft, is currently in the final stages of developing their next boundary breaking rocket Stratos III.

The team will launch their 8-meter-tall rocket on the 16th of July attempting to break the European altitude record for students. This record is currently set at 32 km by student team HyEnD from Stuttgart.

If you would like to help DARE break the record you can make a contribution to the Stratos crowdfunding campaign “Make Stratos Fly!”. The team is collecting money necessary to have multiple launch attempts as the possibility of launching is highly dependent on the weather and every attempt requires refilling the propulsion system.

The more attempts they can afford, the bigger the chances for breaking the altitude record. You can read more about their campaign here. 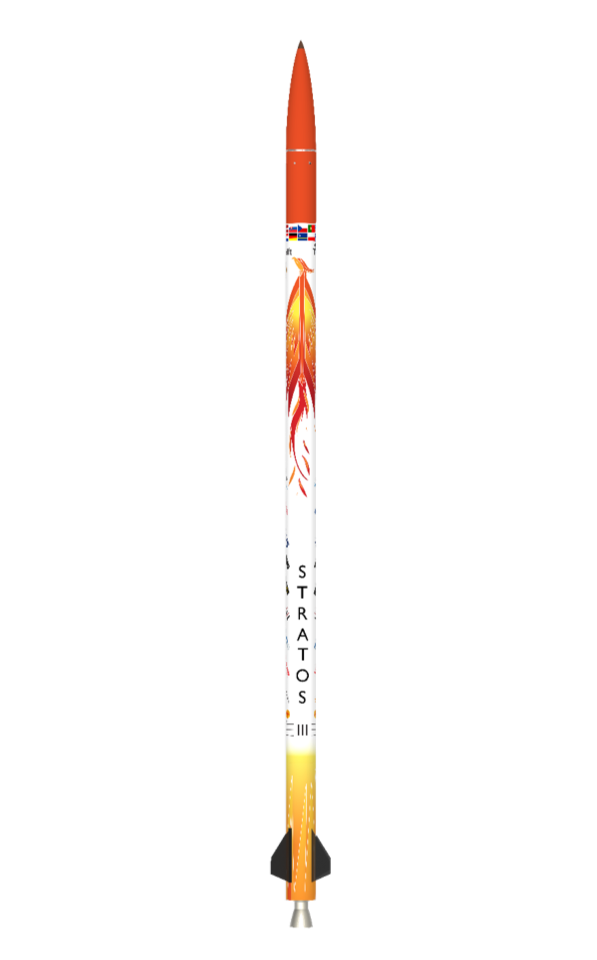 Delft Aerospace Rocket Engineering (DARE) is one of the most advanced student rocketry groups in the world. We are a group of ambitious students sharing an intense passion for rocket design. We build and launch rockets that serve scientific and educational purposes. Our members challenge each other by self-initiated projects. In DARE, people get the opportunity to obtain a kind of hands-on experience which is unique in the world.

The flagship project of DARE is Project Stratos. The goal is to continuously push the boundaries of student rocketry. We are striving to be the first student organization to reach space. The Stratos II+ broke the European altitude record in October 2015, by launching it to 21.5km altitude. The launch livestream was watched by more than 150.000 unique viewers. Besides this, the launch was big news on all national media, and made it to several international media like Der Spiegel Online and Business Insider.

In the meantime, the record has been broken by HyEnD from Stuttgart. We are eager to get the record back in Dutch hands again, which has resulted in the development in Stratos III. The concept of the rocket is similar as Stratos II, but it is scaled up significantly. Next to this, it uses several more advanced technologies, including a 4.5 meter composite oxidizer tank, a new hybrid rocket engine and an advanced parachute deployment mechanism. Stratos III will launch in July 2018, aiming for the new altitude record.

We are currently in the final stages of preparing for the launch and on 28thof May we presented the Stratos III rocket to the world. The next step is to perform final dress rehearsals which means our team will practice the launch procedures to ensure a smooth operation when the rocket is actually being launched. Then, all the components will be shipped to Spain and the launch crew will travel to the launch site. There, we will assemble the rocket and set up everything for the launch. After two weeks of preparations, we will attempt to launch on 16thof July. It could be that the launch will be postponed due to, for example, strong sidewinds. We can then postpone the launch to another day. The final possible attempt will be on the 27th.