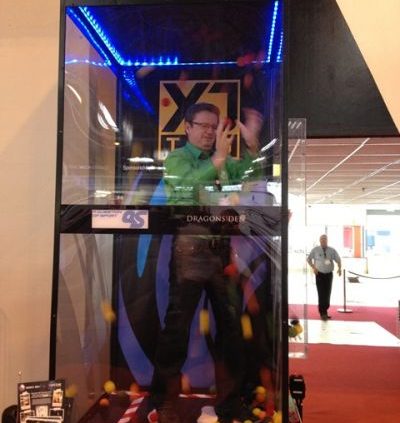 National Electronics Week 2012 took place at the NEC in Birmingham on 18 – 19 April. OK, it’s not really a week, but the organisers took over the name five or six years ago from a show almost lost in the mists of time.

Demand for prototype and small batch PCBs is strong. A lot of people came onto the stand asking specifically how we could offer them a better prototype and small batch service. We explained our pooling services and demonstrated how to get prices off the website. The response to the website and to the prices was very positive and we received our first order from a new customer two days after the end of the show.

We met a number of customers as well, always a pleasure. Several had come specially to see the beta version of the new PCB Visualizer software which had its first public viewing at the show. The new software will allow you to see your board layers as soon as the job is uploaded, so that you can check right away that everything looks OK. PCB Visualizer will be rolled out over the next few weeks and more functionality will be added during the rest of the year to make handling data issues clearer and quicker.

On a lighter note our stand was a few metres from the “Bobs Box AKA the Cyclone Game Cube” as-seen-on-TV challenge. Competitors stand in a transparent box and try to catch as many red balls as they can out of a shower of balls of many colours being blasted up from the floor. Google it for YouTube videos. This proved a big crowd-puller, especially when one or two short-skirted stand hostesses were trying. No pictures of them, I’m afraid, but you can see Uwe Doerr in action.

Eyes on the future, feet on the ground – Technology seminar by ACB
Scroll to top