byRik Stans/May 24, 2022/May 24, 2022
Bring your product to market on time and within budget – join the Eurocircuits Community

For already the sixth generation, RoboTeam Twente is doing its best to innovate and inspire in robotics and artificial intelligence. This year’s team, recently rebranded to purple, consists of 24 students who will together participate in one of the leagues of the international RoboCup, which will be held this upcoming summer in Bangkok. While last year the physical competition was canceled, this year RTT is planning to go to Thailand. It is therefore very important to have at least eleven working soccer robots.

These soccer robots contain motors, mechanisms to kick and chip, sensors and a big battery, besides multiple printed circuit boards containing everything to control these. In a former design, most electronics were roughly contained on two PCBs, of which one was made more robust last year. This year, the rest of all electronics is redesigned. Different functionality is being split up into multiple self-contained boards, in an effort to make the robots more modular. As likewise, different functionality is made modular mechanically. 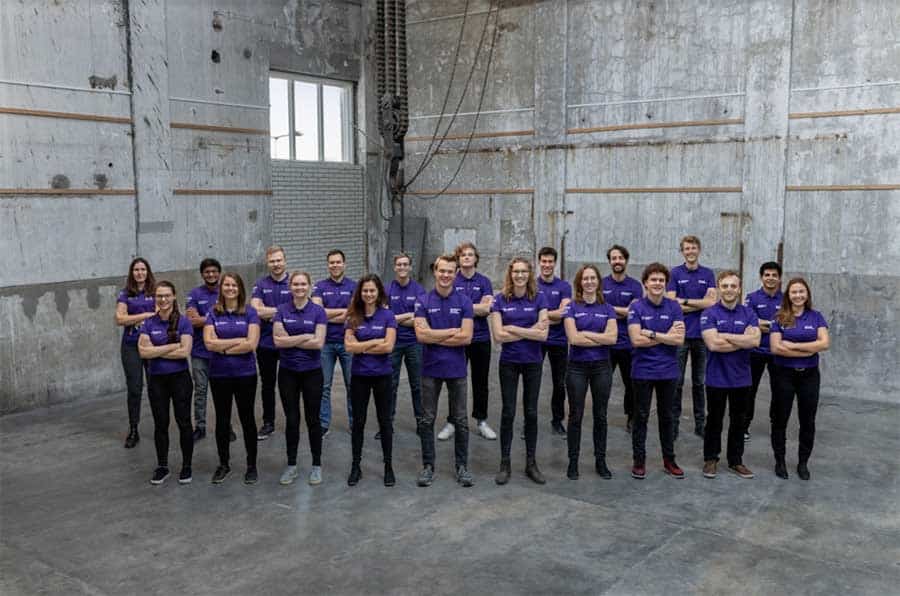 The robots of RoboTeam Twente can kick and chip a ball by using the custom solenoids with a plunger that is moved when a magnetic field is generated by the passage of the current in the solenoid windings. Solenoids can produce a controllable amount of energy in a linear direction, making them ideal for this purpose. The downside, however, is that they require a high amount of power to kick and chip the ball with the necessary velocity.  Since the robots only contain a battery with a limited voltage and current supply, a big capacitor is used which is charged to 400V. The energy is stored in the capacitor and discharged onto a solenoid when a kick or chip command is sent. To control the charging and discharging of the capacitor, it is required to implement some sophisticated circuitry, for which a new 4-layer PCB has been designed. Because of the big differences in voltages on the board, practices such as a split ground plane and bigger clearances were used to improve robustness. The result is a new board as shown below. 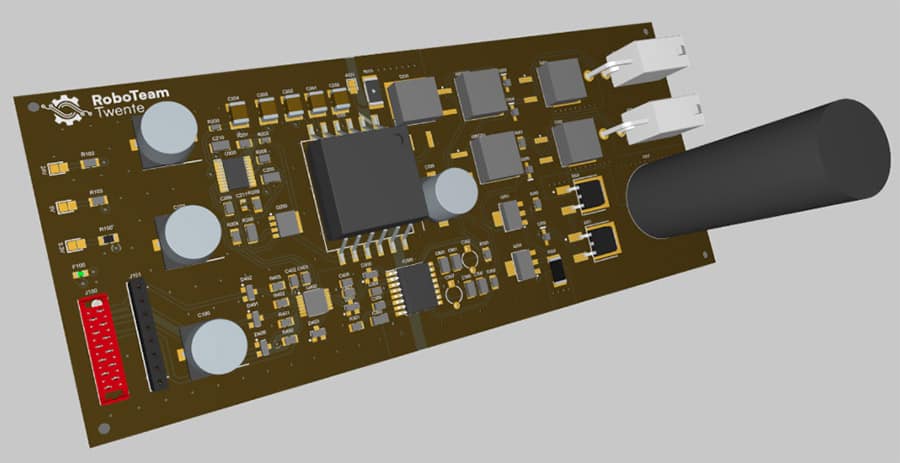 One of the essential features of a soccer robot is its ability to dribble. This is done by giving the ball backspin such that when it bounces away from the robot, it automatically rolls back. The motor responsible for giving this backspin is controlled by a common PWM DC motor controller circuit, also contained on one PCB. The biggest constraint for designing this board is keeping it within the available space in the robot. This is achieved by using smaller components, such as 0402 sized resistors, and choosing for smaller connectors. Furthermore, because only limited functionality is implemented on one board, a two-layer PCB could be used of which one layer is dedicated for the ground.

Lastly, all different PCBs need to be interconnected. This was already the job of the backboard, which previously interconnected only two boards. Now also additional functionality is added. Firstly, circuitry is added to monitor the voltage of the battery. Secondly, fixed step-down converts are added to provide lower voltages to the boards outlined above. For interconnecting the different boards, new connectors have been picked which are more resistant against vibrations. 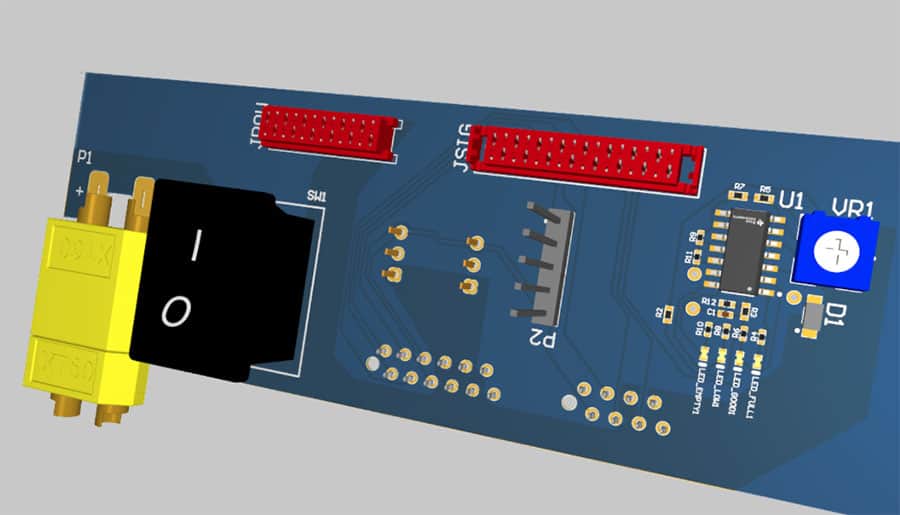 New designs have been made, and first prototypes will be ordered at Eurocircuits. The hope is that the design decisions made will work out as planned. One thing is for sure, members of the electronics sub team have gained a lot of experience in designing printed circuit boards, as well as learning from partners such as Eurocircuits.