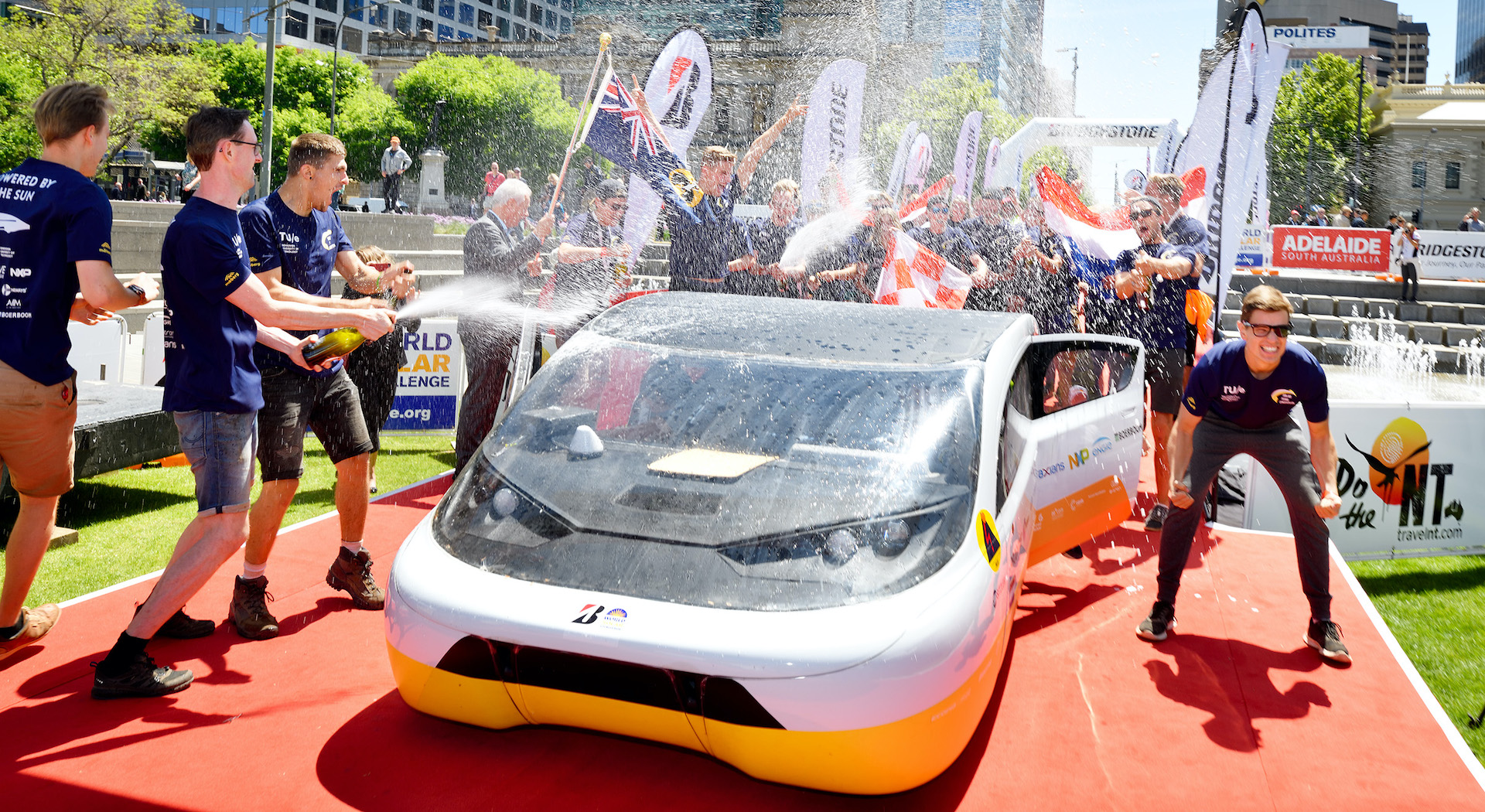 The brain of Stella Era

What is the secret to win 4 World solar challenges? Is it the high efficiency in wheel motors? The best solar cells that are available in the world? An ultra-light carbon fiber chassis? Well, they all help but that’s not it. The most important thing is reliability.

Driving 3000 km in the Australian outback is quite a challenge for the car. One major issue and you are out of the competition. Last year, some teams even failed to reach the first control stop. One of the most critical components in the electrical system of Stella Era is the low voltage controller. In this post, I will discuss the design requirements and functions of this component. I will also shortly cover the PCB design and testing process.

The Rechargeable Energy Storage System (RESS) of Stella Era consists of a lithium ion battery pack producing a voltage in the range of 90 – 150 Volts. Because of the cell chemistry a lot of safety concerns need to be addressed in order to safeguard the users of the RESS and the environment. Hence, the RESS contains a Battery Management System (BMS) which sole task is to monitor the battery and disconnect the battery from the rest of the system when the batteries get outside their safe operation zone. The exact specification of the Battery Management System is not within the scope of this blogpost.

The system in consideration, a solar powered car, contains a mix of electronics working with high voltage (motors, motor inverters, solar panels, maximum power point trackers, window heater) and low voltage (12V) (embedded controllers, screens, lighting etc.). Hence, a low voltage should be present for the system to work.  Traditional cars have a 12V battery powering the LV-electronics of the car that is recharged using an alternator driven from the combustion engine.

Since the solar car must be highly efficient in order to win the World Solar Challenge, the need for an alternative arises. A higher battery voltage is chosen due to efficiency reasons and component availability. The low voltage controller (LVC) converts the 90-150V from the battery to 12V for all auxiliary systems. Because no high voltage is allowed outside of the battery during the safe state of the car, the LVC will also handle the start up of the car. The safe state is the state where the battery is electrically isolated from the car. This state is reached when the BMS detects a fault or when the user presses an emergency button. Isolation is reached by disconnecting the HV plus and minus terminals of the battery and the car by releasing the contacts.

This is designed in a way which prevents single points of failure, and FMEA’s (failure mode and effects analysis) were performed to maximize safety.

The LVC has to work closely together with other components in order to perform its tasks. A logical representation of the system in which the LVC has to work can be found in Figure 1. The LVC will receive 12V from the AOPSU (Always On PSU). The AOPSU is a power supply that is always on, even when the car is in safe state. It is a small isolated DC/DC converter which powers the LVC and BMS. The power supply makes it possible to start the car in safe state. Without the AOPSU, a deadlock would occur.

The electronics of the car are grouped in so called LV groups, that make it possible to switch on and off certain groups based on the state of the car, saving energy when the car is for example in a standby state. 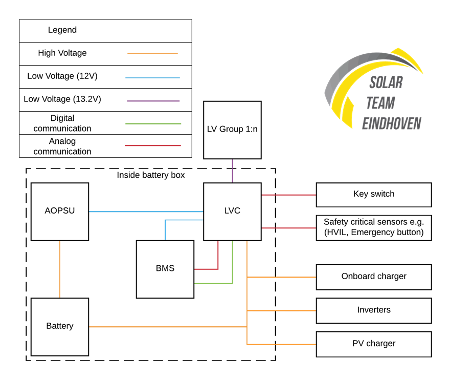 After the architecture of the LVC was set up, the design phase began. The PCB had specific requirements for the size, cooling setup and connector placement.

The PCB was designed using Altium Designer and it used production parameters set to match Eurocircuits PCB proto service. By using generic components provided by Eurocircuits, the cost were limited.

After the first version was complete, the PCB was reviewed internally. After several feedback sessions the PCB was ready for production. Reviewing is very important, since fixing issues costs a lot of time and therefore saves time in the long term.

Because the deadline of this PCB was already postponed multiple times, we used Eurocircuits fast assembly and shipping to minimize our lead time and thus maximize the time we have to test the PCB. The PCB assembly tool of Eurocircuits helped us to search for the right components or to find suitable replacements.

The LVC was shipped perfectly on time and arrived at our office the next day. The PCB was visually inspected for assembly errors but everything looked good. The DC/DC converters were manually placed together with some other through hole components.

After the assembly was completed, it was finally time for testing. 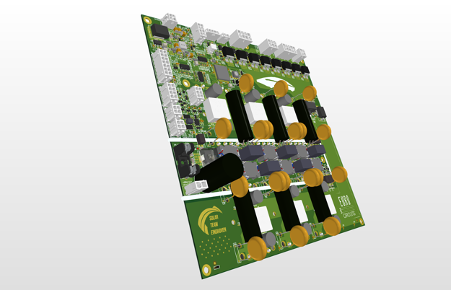 Before any testing can be done, a proper reviewed test plan must be ready. This contains an electrical test plan, and an embedded test plan which tests the state machine of the controller.

The electrical test plan makes sure all functions are handled properly and all interfaces work as expected. All components must remain in the specified ranges of voltages and temperatures, and other requirements must be satisfied. A test setup was made to mimic the environment of the car so all interfaces could be tested properly.

After the component test was completed, the LVC was mounted inside the battery pack and an integration test was performed for the whole battery system. 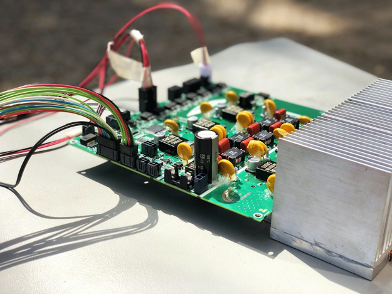 I want to thank Eurocircuits for helping us reach our goal. Stella Era performed excellent during the Bridgestone World Solar Challenge and we were able to defend our title as fourth time world champion.