The TU Delft Solar Boat Team 2020; probably the most flexible team that adapted themselves to many new situations. When the team started their journey, there was no Corona yet. The team worked at the office on its newest solar boat design. However, when the team wanted to start its production in the workshop, Corona came around the corner. This made it way more difficult to physically work on the boat and to test it. And most importantly, it became more difficult to keep the spirit alive. However, the team found a way to still make it work and set a new goal for themselves. Instead of participating in the Solar Sport 1 in Monaco, the team organized its own race in the Netherlands. This race was maybe even more exciting than the one in Monaco!

In the early morning, the team of twenty students left Delft with two overloaded busses and an eleven-meter-long trailer, which contained the boat they hoped to cross the finish line at the Dutch Ketelmeer with later that day. The team raced against the three best teams from the Dutch class, namely the Solar Boat Twente, the Sunflare Solarteam and the Clafis Victron Energy Solar Boat Team. The team had several surprises prepared for their competition. The team namely wanted to cross the finish line by both sailing ánd flying, and they added a so-called sharkskin to the foils. This is foil with rib structure that is applied on the wings which made the boat able to sail even faster. In order to control and read all the components that together create the movement of the boat, the team used microcontroller units on PCBs produced by Eurocircuits. The PCBs contain input and output connectors and with all the components that are soldered on the PCB, the input and outputs can be controlled efficiently. In the solar boat, eight PCB are used, and they communicate with each other using the CAN protocol, which is also used in a lot of automobile solutions. We have one central PCB which we call the energy management system, this is the big brain of the boat. It receives input given by the pilot about for example throttle and desirable flying height. Also, it receives information about the temperature of different parts and measured height by a height sensor at the bow, among other things. The microcontroller unit on the energy management system combines all these sensor and input data to a perfect alteration in behaviour of components in the boat like the foils and the motor. All in all, with the PCBs from Eurocircuits holding the brain of the boat, we were able to use the energy from the solar panels efficiently to sail and even fly!

This shows again how adaptive students can be, especially when there is just no other way. The team is very proud on their accomplishments during their TU Delft Solar Boat year and looks back on the year with great joy. This year, a new team has started with an even more ambitious goal; the team will design, build and race the first flying hydrogen boat! We are happy to announce that Eurocircuits will still be involved in the project and therefore, more technical updates will follow on this website. 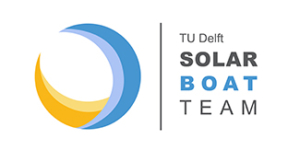 This is how Design for Manufacturing (DFM) works