Current lead-free soldering temperatures can damage temperature sensitive components. Moreover they can cause a shift in the properties of some components which can impact the functionality of sensitive electronic devices. An easy way to solve this problem is to use a soldering alloy with a lower melting point that allows for lower soldering temperatures. Currently however these alloys have limitations in shock and vibration resistance.

This case study investigates the suitability of the new enhanced LMPA™-Q  alloy for a handheld high accuracy measuring device from the company Megger Instruments Ltd in the UK.

Steven Teliszewski is the Author of this White Paper

E-mail or visit the home page. 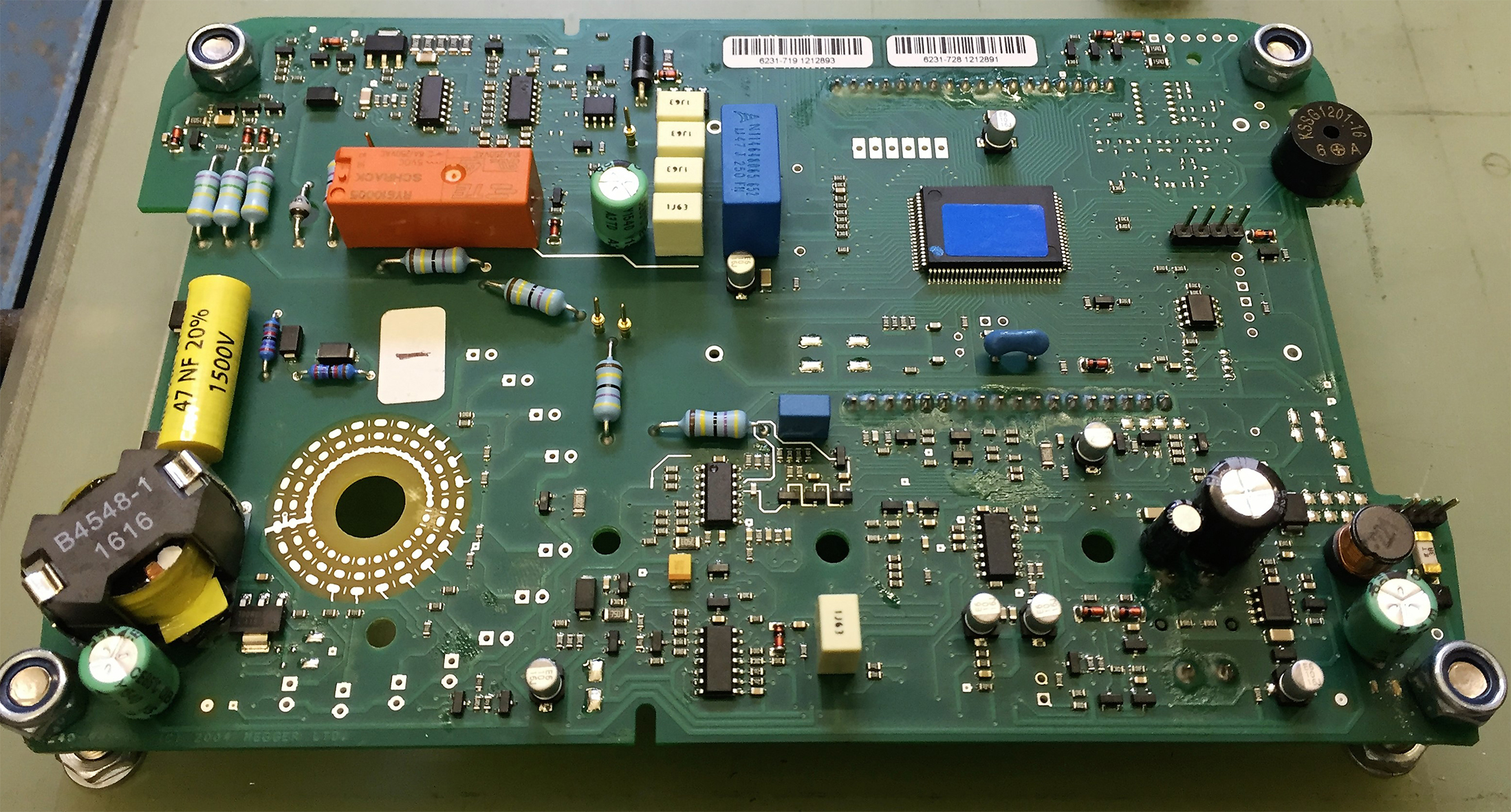 It is a well-known fact that current lead-free soldering temperatures can damage temperature sensitive components and even PCB board materials. Nearly every electronic unit has some critical components on it. These can for example be: Capacitors, BGAs, LGAs, fuses, displays, crystal oscillators, LEDs, displays, components with a plastic body, coils and transformers, …

Damage by thermal stress after soldering can in most cases be determined by either visual, optical, X-ray, ICT or functional testing.

It is a less-known fact that current lead-free soldering temperatures can also cause a shift in the properties of some components which can impact the functionality of sensitive electronic circuits like e.g. measuring devices. These kinds of failures are often harder to determine.

The LMPA™-Q  low melting point alloy has been specifically developed to overcome these limitations.

This case study investigates the suitability of the LMPA™-Q alloy for a handheld high accuracy measuring device from the company Megger Instruments Ltd in the UK.

This device is currently being soldered with an SnAg3Cu0,5 alloy and is sensitive to the heat in the soldering processes.  Furthermore the device needs to be shock resistant in the field. 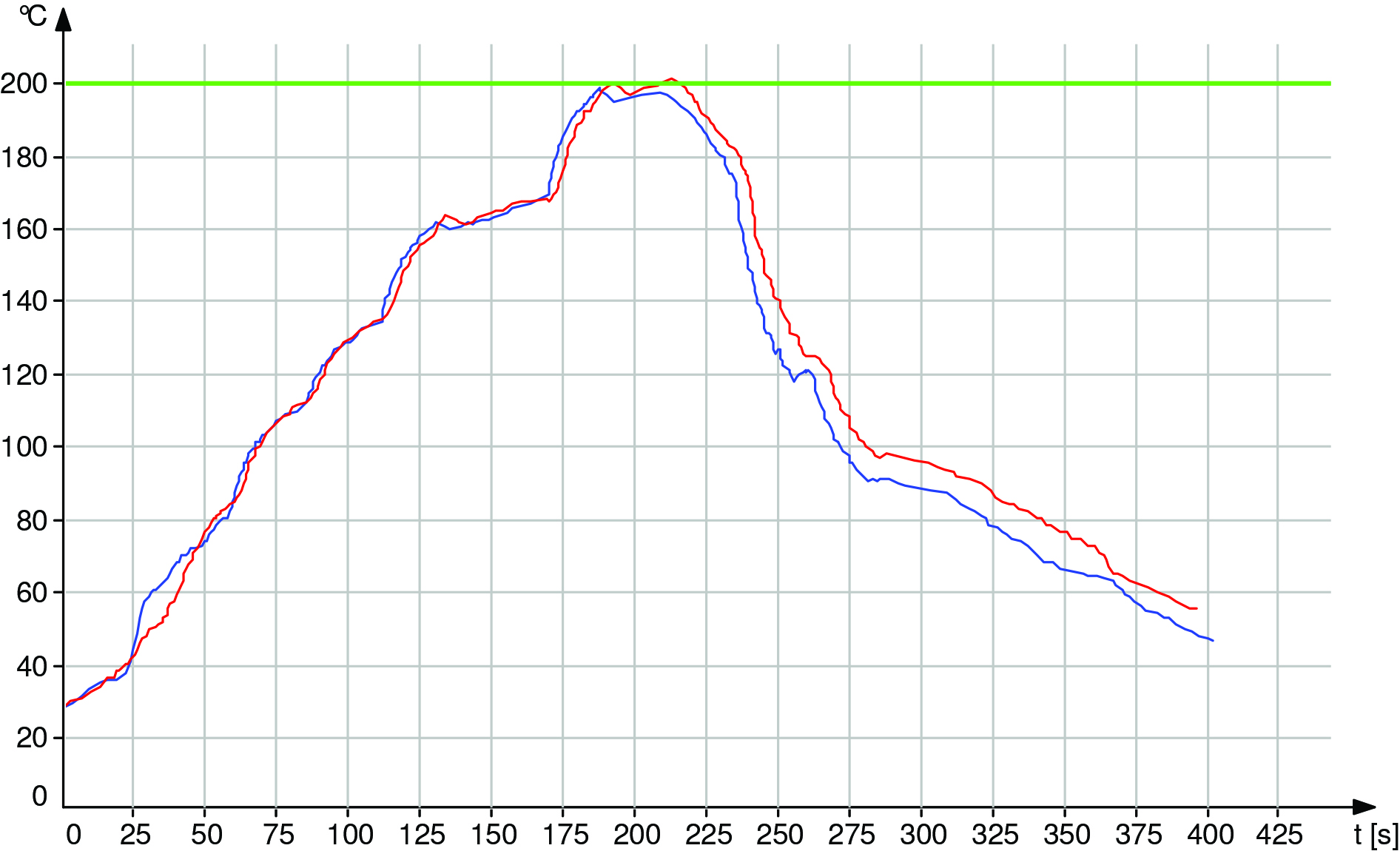 Assembly of the electronic unit

The electronic unit consists of a double sided I-Ag finished PCB board with SMD and through hole components.

The temperature sensitivity mainly lies in the different capacitors on the board that are all somehow affected by heat.

The boards are printed with the DP 5600 LMPA™-Q solder paste with ROL0 classification.

The units are reflow soldered in a full convection oven without nitrogen and with a profile with a peak temperature below 205°C. This reflow profile will indulge the T°-sensitive components.

The through hole components are being soldered with LMPA™-Q solder wire. 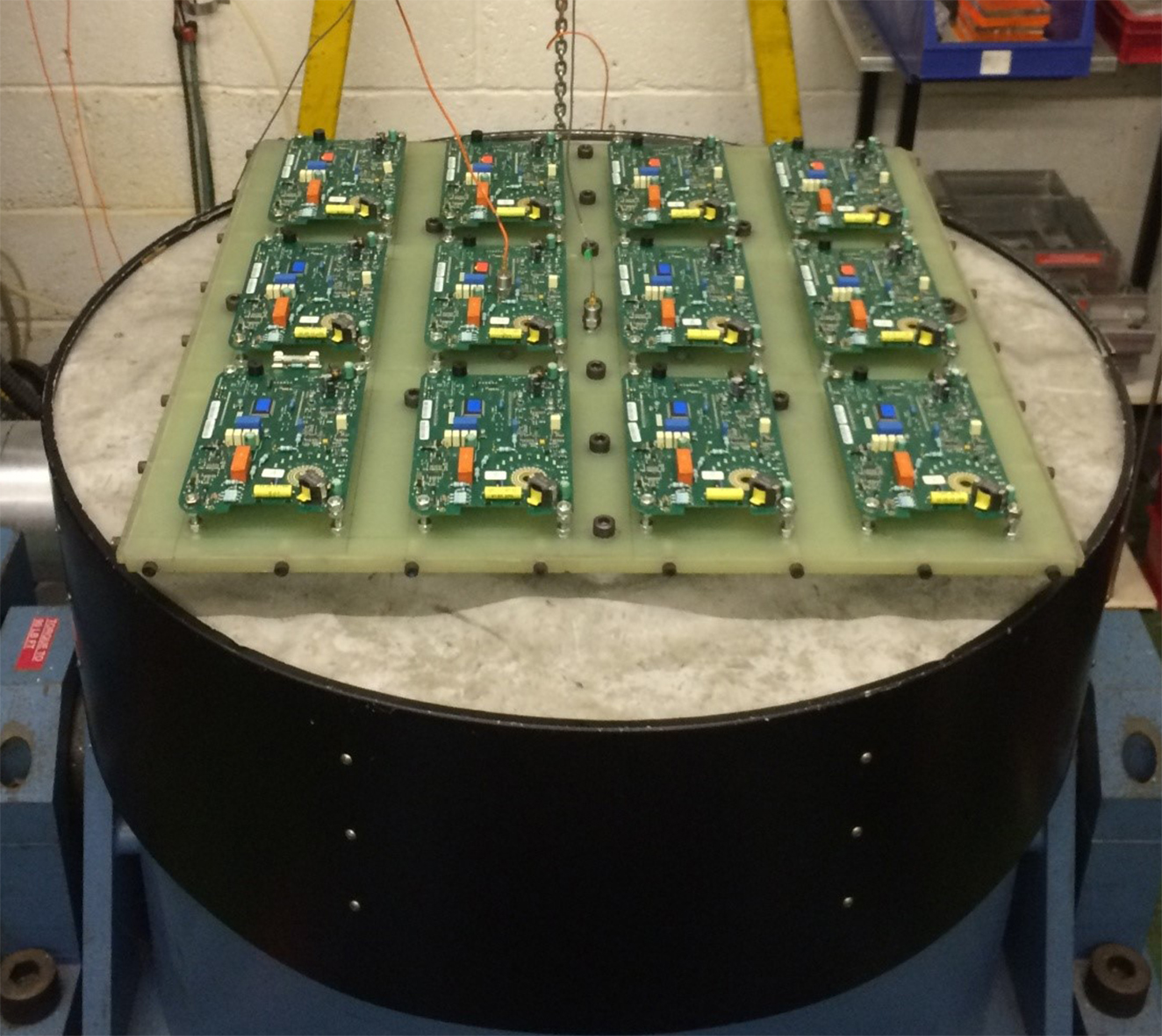 Handheld devices need to have good shock resistance in the field. In the past, this particular property has proven to be the weak point of traditional low melting point alloys. Hence, the suitability of LMPA™-Q alloy for this device will be tested accordingly.

The electronic unit is submitted to vibration and shock resistance testing according to the test standards described in BS EN 60945 and BS EN 60068. For objectivity purposes, the tests are performed by a third party specialized testing lab.

The Half Sine shock test will perform shocks in both directions of all three axes.  Shocks will last 11ms with a peak acceleration of 30G or defined by practical limitations of the test setup.

In this case, the shock in the X-axis was limited to 10G due to breaking off the measuring sensor with higher peak accelerations. Shocks in Y and Z-Axis were at 30G. 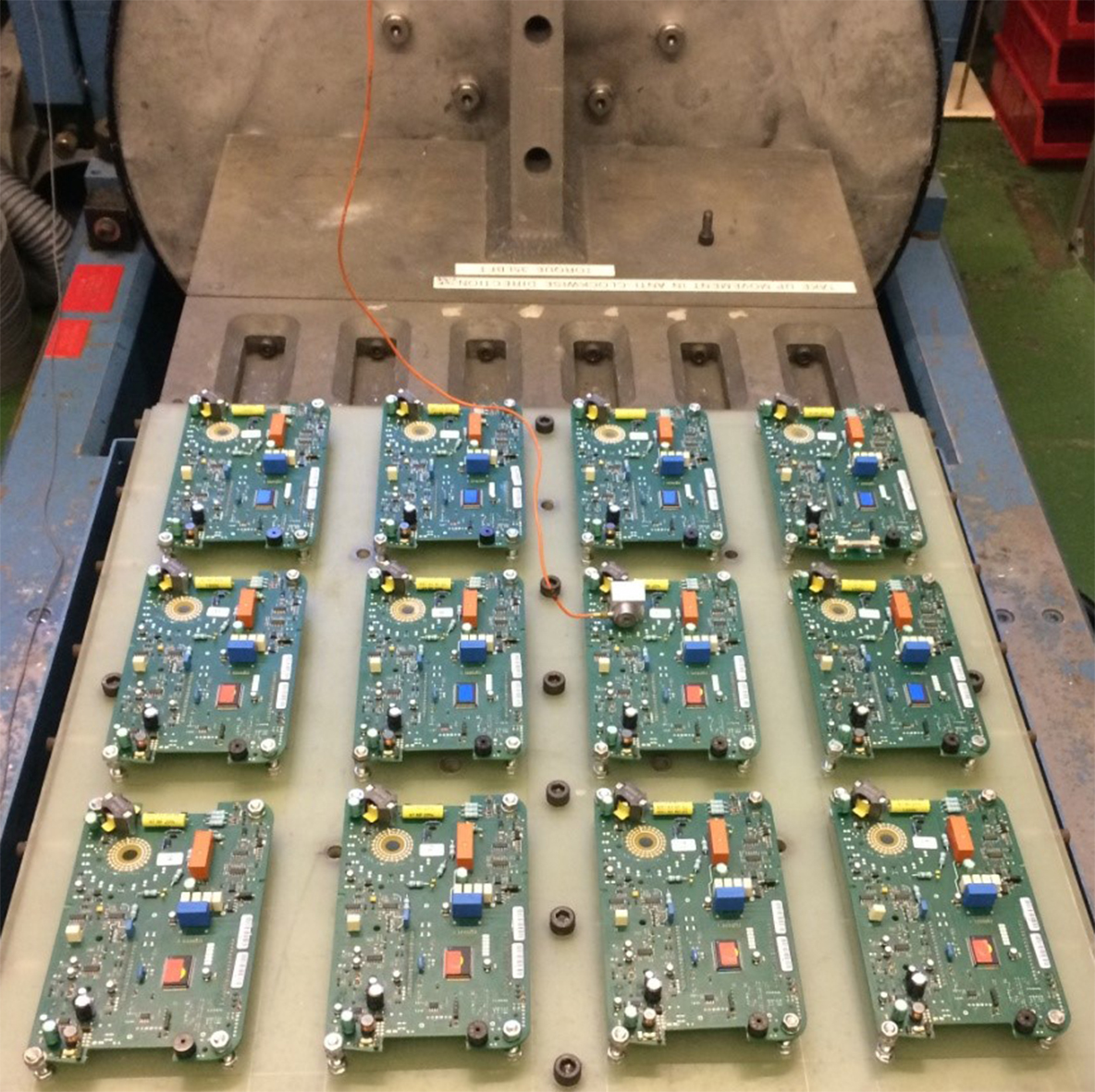 As a reference, 10G is equal to 4 times the shock a mobile phone experiences when dropping from 1 m on a concrete floor.

In this case, only for the X-axis a resonance frequency of 82,92HZ was found. 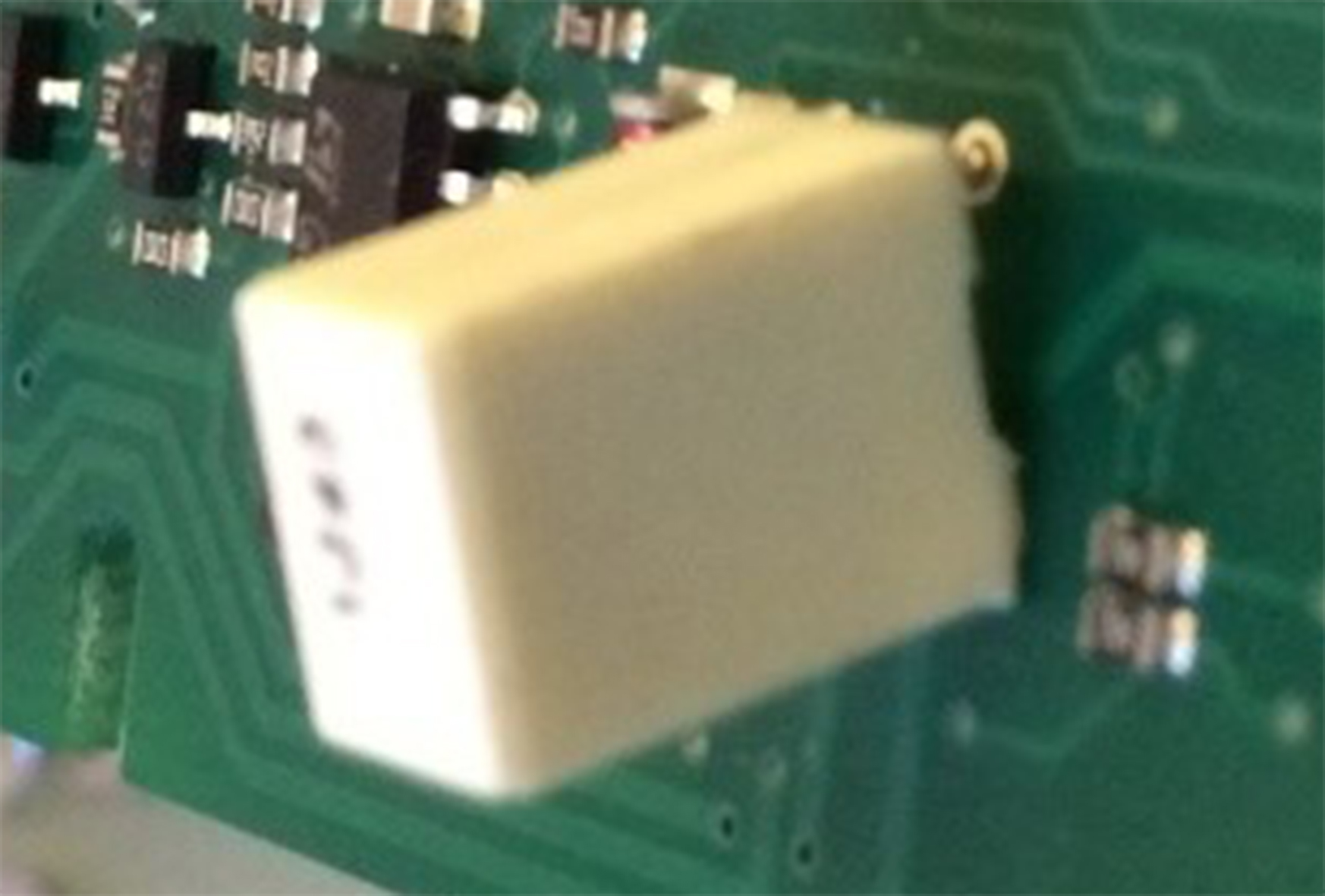 After shock and vibration resistance testing, the units soldered with the LMPA™-Q alloy were subject to visual inspection. None of the units showed signs of failures or misalignments.

At Megger Instruments Ltd, the units were subject to ICT and functional testing. All units passed.

From these results can be concluded that the LMPA™-Q alloy has sufficient mechanical strength for handheld devices.

However, to get a better idea how the LMPA™-Q holds up against the SnAg3Cu0,5 alloy, comparative vibration endurance tests were started up.

Comparative shock testing is more difficult due to the previously mentioned limitations of the test setup. Shock and vibration resistance tend to go hand in hand as vibration is a fast sequence of shocks.

The same handheld high accuracy measuring device was chosen for this test. Electronic units soldered with SnAg3Cu0,5 and LMPA™-Q were provided to the test lab.

As vibration in the X-axis is expected to be more critical, it was chosen as the only axis for this comparative test.

A standard test frequency of 30Hz in combination with a peak acceleration of 18G was used as an initial setting for a 30min vibration endurance. After visual inspection, the acceleration or frequency was stepwise increased, until a first failure was noticed.

The first failure manifested itself on an electronic unit soldered with the SnAg3Cu0,5 alloy at a frequency of 50Hz and a peak acceleration of 25G.

The LMPA™-Q alloy allows for lower soldering temperatures in the soldering processes and temperature sensitive components are less affected by heat. This results in a more reliable production process and higher quality of the electronic device.

Based upon the good results, Megger Instruments Ltd has started the procedure to homologate the LMPA™-Q alloy for more processes and products.

Steven is the Interflux’ Technical sales manager. He is Industrial Engineer (Ing.) and his main activity is the support of the international Interflux® subsidiaries, distributors and key accounts worldwide.

Steven has more than 20 years of experience in the field of electronics manufacturing. After his engineering studies, he started working in the production of a Belgian OEM where he was responsible for the soldering processes and the technical and ISO-coordination. At the manufacturing company of soldering chemistry, Interflux® Electronics NV in Gent(B), he got the opportunity to give world wide support to the Interflux subsidiaries, customers and distributors. Many years of hands-on experience in a wide variety of applications, processes and their parameters created the basis for an expertise in analyzing and solving reliability problems. This expertise is being shared on a regular basis for many years now on technical seminars and fora worldwide.

Share it and we will publish your technical paper!