Allocation is slowing down Electronics Manufacturers

Unprecedented demand is driving the need for components and raw materials and causing longer lead times and higher prices. Experts explain that the surge in orders is not only due to the increase in demand but also because of panic buying with multiple orders.

Allocation was the most important topic at the EMS Day in Würzburg/Germany where managers from the EMS industry meet annually in September. Eurocircuits’ Managing Partner Dirk Stans was not only a participant this year, but also a speaker.

A disproportionately high procurement cost slows down EMS companies, who are the manufacturers of electronic devices. Material deliveries arrive too late. Certain components are not available or only at exorbitant prices. Production must be postponed or interrupted. The causes are complex: Covid 19, natural disasters, misguided geopolitics, and wrong decisions in the automotive industry.

The first shortages of electronic components occurred as early as 2019. To alleviate production problems caused by the US economic embargo against China, Chinese companies had stocked piled huge quantities of components. A few months later, with the outbreak of Covid 19, the electronics world painfully felt its dependence on China for primary products; production facilities especially as the cargo ports had to be closed.

Natural disasters in Southeast Asia and the US forced production to stop at key semiconductor fabs which made the situation even worse. The Cold snap in Texas crippled power supplies and the plants of Infineon, Intel, NXP, Samsung, Texas Instruments. An earthquake in February plus a fire in production in March destroyed a fab facility of Renesas, world leader in microcontrollers for automotive applications.

Taiwan reported the worst drought in 56 years. Water supply was temporarily suspended and foundries like TSMC had to cut production capacity by up to 15%. In June, a lockdown in Malaysia cut semiconductor production to between 10% and 60% of normal capacity. In September, plant shutdowns in Malaysia, Indonesia, Philippines completely crippled production. Government electricity regulation in the Guangdong area of China forced up to 3 days of shutdown in productions, equivalent to 50% capacity reduction.

The freeze in the economy until 2020 has crippled the entire complex supply chain: Sea freight has become scarce because of the lack of container freight; freight ports are overcrowded, and air freight capacity has halved. Rail shipments are overloaded.

As a result, prices for air freight have risen by a factor of 5; prices for sea containers even by a factor of 8. In addition, transit times for sea freight have increased (by 4 to 6 weeks) to 14 weeks because container ships had to wait at the Per River Delta in China due to Corona-related closures. As a result, suppliers are passing on the increased manufacturing, material, and logistics costs in their prices.

One of the most important mistakes in the Corona crisis was made by the car manufacturers. For almost the entire year 2020, they had cut their production and cancelled material orders on an ad hoc basis. Their suppliers were forced to turn to other markets such as IT and communication technology.

At the end of 2020/beginning of 2021, production in the automotive industry was ramped up once again. As a result, the demands of the automotive industry on its suppliers, which had previously been pushed back, increased dramatically. Only, measured in terms of the global demand for components, the automotive industry plays a minor role with a share of 10%. In parallel, there was an almost disruptive transition from the purchase of vehicles with combustion engines to alternative mobility concepts that require much more electronic components.

The global and long supply chains make the situation much more complex, but there are parallels to the supply of toilet paper. When the first lockdown was announced, the hoarding started without the real demand increasing.

Multiple orders build up through the supply chain

Ordering patterns for electronic components are similar even though the supply chain is much more complex. On closer inspection, the much higher orders are unrealistic. Only part of the enormous jump in orders this year is due to additional demand. By far the larger share is caused by longer delivery times, shortages, and panic bookings. Those who can are stockpiling to hedge against factory, mines, and material shortages.

The planners order more than they need, and if possible, from different suppliers, in the hope that they can at least cover their needs from somewhere. In the supply chain, the other planners do the same and so suddenly the demand increases exorbitantly without being covered by a corresponding increase in consumer demand, market researcher Dieter Weiss explained the situation, which economists call the bullwhip effect.

While the situation for toilet paper has eased relatively quickly, experts estimate that the shortage of components and raw materials in the electronics industry will continue until 2022. In extreme cases, production times will rise to up to 52 weeks (one year!).

Because allocation hits EMS companies particularly hard, it was the most important, but by no means the only topic at EMS Day 2021. Solutions and ideas were presented and discussed on how EMS companies can position themselves and change in order to be successful in the market. Eurocircuits Managing Partner Dirk Stans showed a best practice example with their specialisation in prototypes and small series in standard technologies. 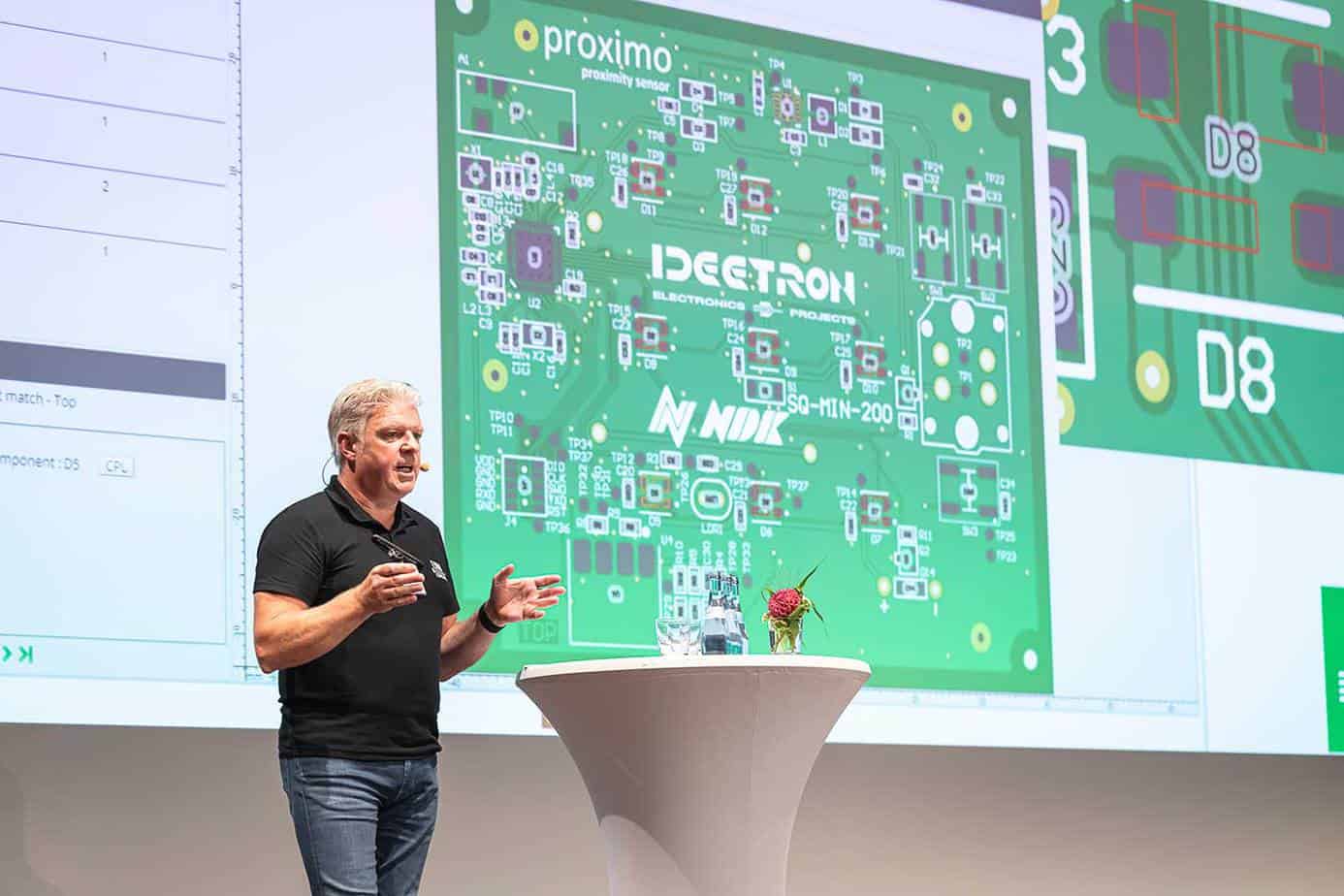 Typical Eurocircuits delivery times are fast, starting from 6 working days, provided the electronic components are available. The special feature is that Eurocircuits manufactures and assembles its own PCBs and all interactions with the customer are online. Virtual manufacturing is obligatory prior to the customer ordering to check the design in advance for that the data is complete and for manufacturability.

One of Eurocircuits’ concerns is to bridge the gap between design and manufacturing ensuring that the correct data for production is available immediately. That is why Eurocircuits actively promotes the use of Gerber X3 data format. Gerber X3 enables the secure and efficient exchange of complete PCB data, including PCB and assembly information, in a simple ASCII format, bridging the gap from the designer’s CAD system to the PCB and assembly CAM system.