This year, Elefant Racing e.V. (University of Bayreuth) once again developed a racing car that can be driven by a driver or driverless. 40 members were involved in the conception and production of the “FR22 Thor”, using numerous self-designed circuit boards.

Since the “Driverless Computer Unit” and also the electronic steering can consume up to 1000W of power at their peak, a DCDC was developed over the 2020/2021 season that can also provide this. The DCDC then converts almost 600V traction voltage to 24V. With this circuit board, as with some other circuit boards, care must be taken to ensure very accurate manufacture, otherwise voltage flashovers could occur, putting the driver and others in danger.

The Brake System Plausibility Device switches off the car as soon as the accelerator and brake pedals are pressed simultaneously. This is required by the rules and must result in a fault.

The dashboard board is special, especially in the FR22, as a bezel has been dispensed with and the “naked” board acts as the dashboard. As in previous years, this picks up the signals from the steering wheel and manages all the safety LEDs that communicate the current status of the systems to the driver. 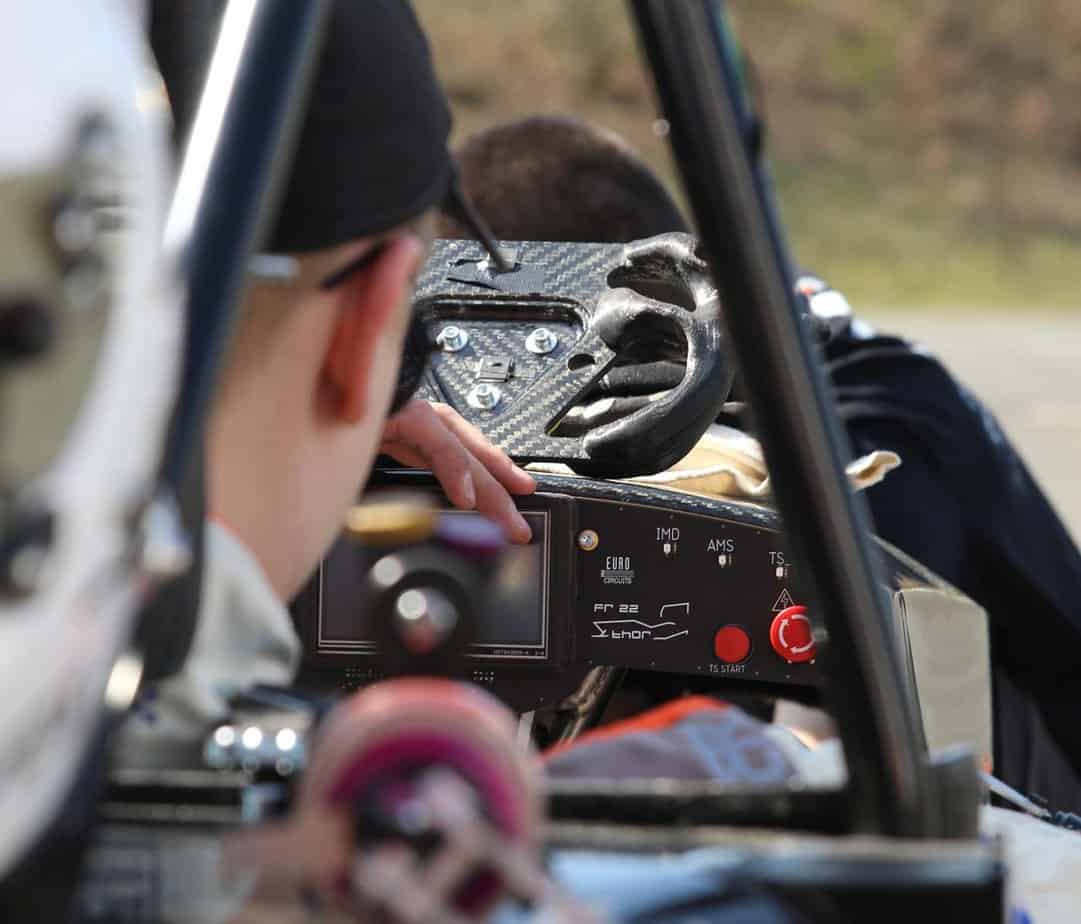 As in previous years, the board computer was implemented using a 4th generation Raspberry PI. However, in order to ensure a power supply that does not fluctuate much, a kind of attachment to the Raspberry PI was also developed here. This board also has the CAN-SPI interfaces through which the board computer sends and also receives all signals.

The sensors in the FR22 are first read in by sensor nodes that are distributed throughout the car. These can be compared to small modular units that translate the sensor signals into digital values and then send them to the board computer via CAN.
One of the most important boards is the Tractive System Active Light Control. This is responsible for checking the power relay states and then uses further information to determine whether the high-voltage system is active or whether an implausible state is present. 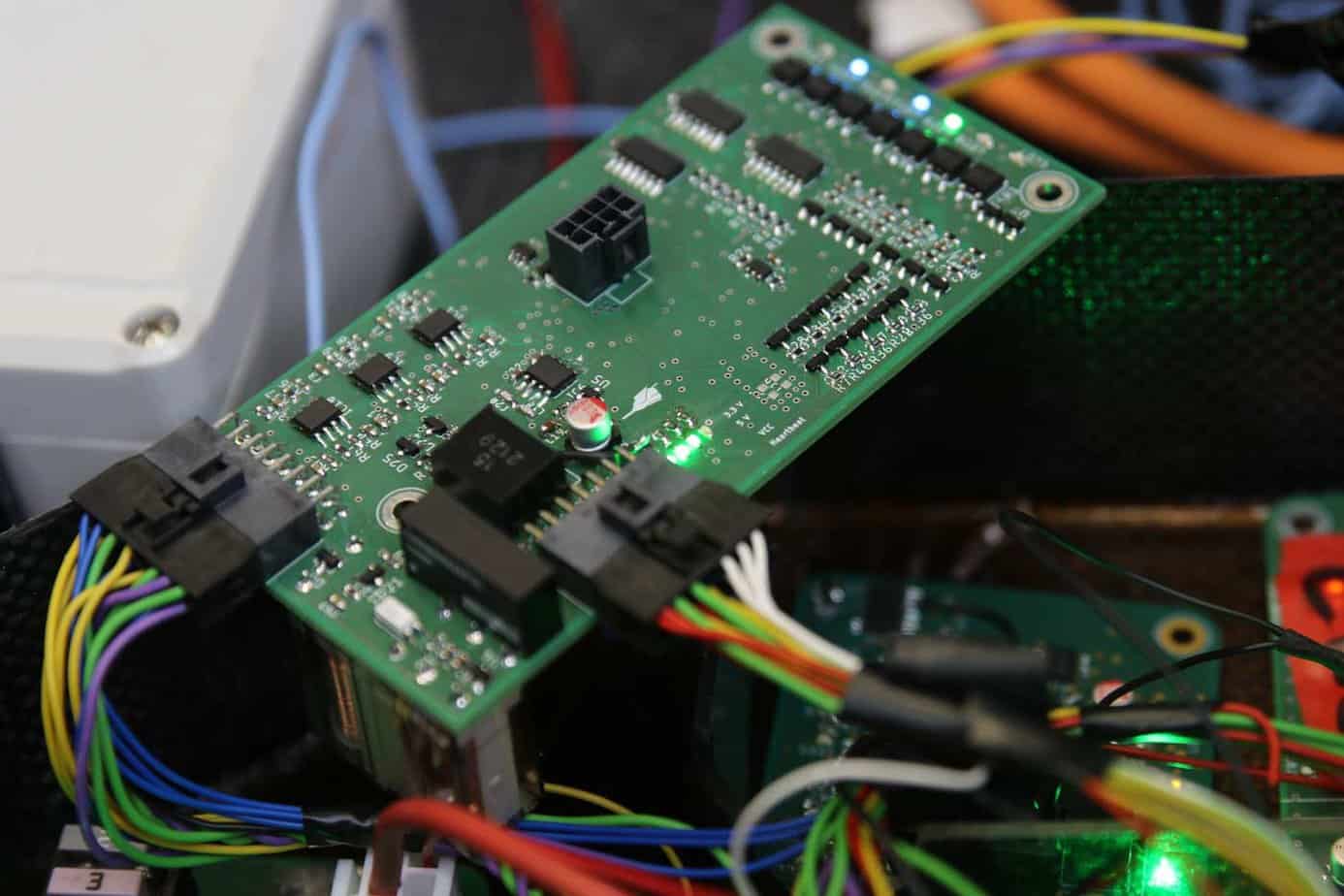 Afterwards, we went as a team to the prestigious Formula Student Germany. Here we were able to prove ourselves as the best German team in the sub-discipline “business plan”. Therefore, we were able to finish this season with almost 70 points and received 5th place out of 64.

We would like to thank Eurocircuits very much for the reliable, fast and high quality production of the above mentioned boards! Without the support of Eurocircuits the realisation of our project would not be possible.

We will take a Break for Christmas 2022