byRik Stans/April 5, 2022/April 5, 2022
Bring your product to market on time and within budget – join the Eurocircuits Community

We are the Lions Racing Team – a student club with about 50 members who work together to develop, build and compete in electric racing cars within the Formula Student regulations. Founded in 2000, we are one of the oldest German teams.

In the 2021 season, we presented our first autonomous vehicle – LR20. This was a big challenge, as several parts of the vehicle had to be heavily reworked or completely reintroduced. Especially many changes were made in the electrical system of the vehicle – we switched to new motors and inverters, as well as introduced several new circuit boards.

To allow the integration of the autonomous system, we have introduced a new control unit – the Driverless Control Unit, or DCU. This serves as an interface between the DV computer and the car and controls the inverter, steering and braking systems in autonomous mode. 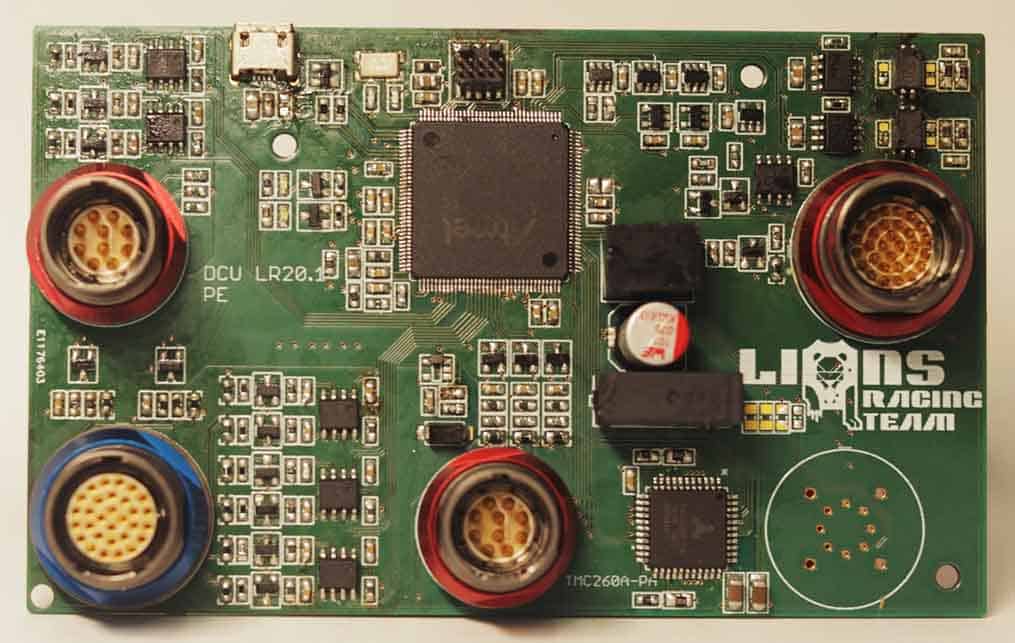 The 2022 season is already in full swing and we are working intensively on our new car – LR22. We also have several innovations, e.g. revised battery: 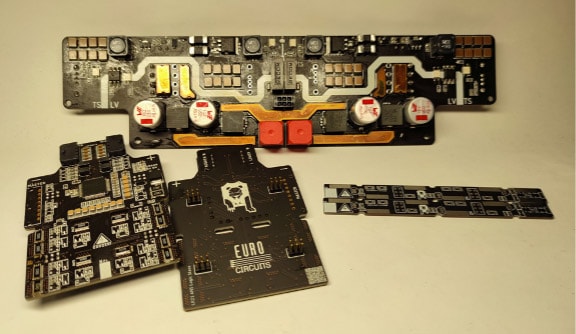 Part of circuit boards in the LR22 battery

We want to thank Eurocircuits for their long support with fast and high quality production of our circuit boards!

The Influence of Copper Distribution on PCB Quality